Rise of the Superweeds

Profligate use of Roundup, once billed as a miracle herbicide, has generated a large and growing wave of weeds that are impervious to it. 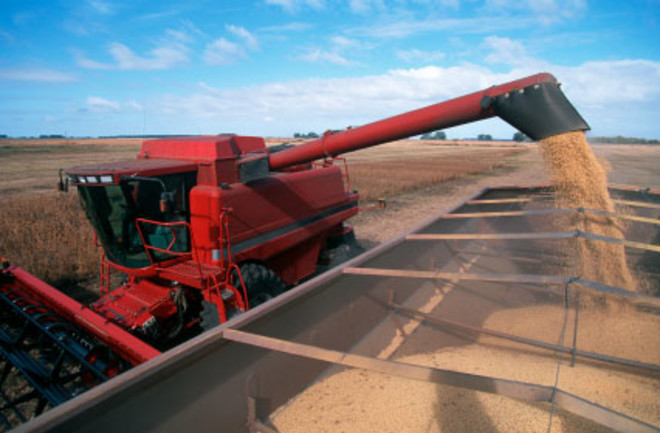 Engineered soybeans resistant to glyphosphate account for 93 percent of the soy grown in the United States. | iStockphoto

The age-old war between farmers and weeds is escalating. Crop- strangling plants are rapidly becoming immune to the most widely used agricultural herbicide, glyphosate, commonly known as Roundup. An estimated 10 million of the 178 million acres of U.S. farmland growing corn, cotton, and soybeans are now infested with weeds that are invulnerable to the chemical. Herbicide resistance could cost nearly $1 billion per year—and may force farmers to reexamine older practices that modern chemicals were supposed to replace.

In the 1990s, when agrotech giant Monsanto introduced genetically modified crops that can withstand glyphosate, many farmers turned to Roundup as their sole herbicide. Initially, that made farming simpler and more efficient. But reliance on a single substance naturally breeds resistance, since the few weeds that survive pass their hardiness to the next generation. “The population quickly shifts from one that is sensitive to the herbicide to one that is largely resistant,” says Micheal Owen, a weed scientist at Iowa State University. At least 12 U.S. weed species no longer respond to glyphosate, and since some seeds are windborne, resistance moves easily from one farm to another. Monsanto and other agricultural chemical companies plan to introduce crops that can withstand other herbicides, which could encourage farmers to add more variety to their treatment regimens.

Working with scientists from five other states, Owen is comparing different weed-control practices on about 150 fields throughout the South and Midwest. Preliminary results from the five-year study (funded by Monsanto) suggest that new strategies, such as combining multiple chemicals and applying herbicides both before and after weeds emerge, can improve crop yields compared with the typical glyphosate-heavy approach, while slowing the emergence of resistance. A larger chemical arsenal alone will not solve the problem, but in combination with traditional weed management, such as tilling and crop rotation, it should make it harder for unwanted plants to evolve resistance.

Although many farmers have not yet been affected, Owen stresses the importance of preventive action. “In fields that don’t yet have problems, now is the time to make changes,” he says.