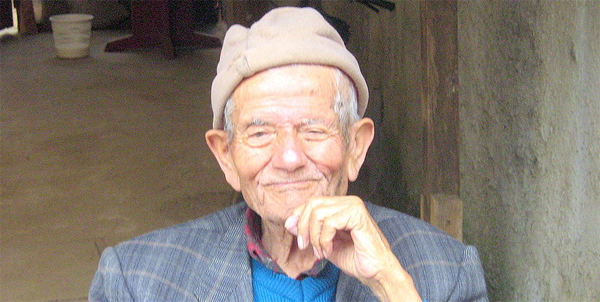 Warning: Since writing this article, it has become clear that the research in question has some serious flaws that came to light after it was published and widely reported. The conclusions here should be treated with caution.

UPDATE: The paper has since been retracted.

The developed world is an ageing one. In 2008, the number of pensioners in the UK exceeded the number of minors for the first time in history. Centenarians – those who’ve lived for a century or more – are our fastest-growing demographic. By 2030, ageing baby-boomers will swell the ranks of centenarians to around a million worldwide. That will have important implications, not just socially and economically, but scientifically too. The genomes of these ‘oldest old’ provide a window into the biology of ageing and the secrets to a longer (and healthier) life.

It’s a window that Paola Sebastieni from Boston University School of Public Health has just peered through. By studying the genomes of over a thousand centenarians, she has developed a model that can predict a person’s odds of living into their late 90s and beyond with an accuracy of 77%. On the surface, this might seem like a very complicated piece of fortune-telling, but getting accurate predictions isn’t an end unto itself. The point of the exercise is to better understand the full complement of genetic variants that can affect our risk of living to an older age and doing so healthily. Sebastieni focused on centenarians because they are “a model of healthy ageing”. Far from being infirm or demented, many of those who make it past a century represent a physical elite, who can live through, delay or even escape many of the diseases that kill off their peers. The average centenarian is the physical equivalent of someone a decade their junior. Extreme age doesn't mean extreme disability. Last year, I wrote a feature for New Scientist about centenarians, which I’ve quoted from liberally here, and which I’d encourage you to read. It deals with the idea that extreme old age doesn’t necessarily go hand in hand with disability and infirmity and with the things that affect the odds of reaching such an age. We all know that a healthy lifestyle – not smoking, maintain a healthy body weight, and the like – can affect our chances of living a long life. Indeed, most of the variation in human lifespan is probably down to such environmental factors, with genes only influencing around 20-30% of the total. But this is only true up to a certain age. As we get older, the balance of power shifts. Genetic factors start playing a more vital role, strongly influencing our odds of living for 10-30 years beyond the mid-eighties, as well as how healthy those final decades are.

Take a close relative of a centenarian and you can put good money on their chances of living a long life. Among Americans born in 1900, brothers of centenarians were 17 times as likely to reach a century as their peers, and sisters, eight times. The New England study reveals that the children of centenarians are less than one-third as likely to die of cancer as the general population, and less than one-sixth as likely to die of heart disease. Further evidence of a genetic link comes from longevity hotspots. Okinawa in Japan is the front runner. At 58 centenarians per 100,000 people (and rising), it has the world's highest proportion in this age group - more than five times the level of some developed countries. Like other hotspots, including Sardinia and Iceland, Okinawa is a relatively isolated island community, which leads to higher levels of inbreeding and a clustering of genetic variants. While such genetic similarity usually has detrimental effects, in these hotspots it seems to have united and maintained genetic variants that predispose people to a long life. Of course, members of isolated communities or families usually share a particular environment too, but this alone cannot explain clusters of longevity. Gerontologists have found that the influence of environmental factors such as wealth or education on lifespan fades as we age, while that of genes increases. By comparing 10,000 pairs of Scandinavian twins, Christensen found that genes only start exerting a strong influence on our lifespan after the age of 60. Before then, both identical and non-identical twins have largely independent odds of reaching a given age. Beyond 60, however, the odds of one twin reaching a given age are greatly increased if their co-twin has done so, especially if the twins are identical.

To identify some of these ‘longevity genes’, Sebastieni’s team combed through the genomes of 1055 centenarians aged between 95 and 119, who had all lived through two world wars, several flu pandemics, and more. She compared their DNA to those of 1,267 controls who shared a similar genetic background but not the same degree of longevity. For each volunteer’s genome, the team analysed around 295,000 specific sites called SNPs, which differ from person to person by a single DNA ‘letter’. They found that a combination of 150 SNPs should be enough to accurately predict the chances of reaching extremely old age compared to an average lifespan. Together, they represent a ‘genetic signature’ for old age, or rather many genetic signatures. In some people, a small subset of the SNPs was enough to predict longevity, but in others, different SNPs were more important. Sebastieni only managed to make consistently accurate predictions for a wide range of centenarians by looking at the full 150-strong set. This supports the idea that there are many routes to 100. Sebastieni identified several such routes and showed that some have stronger effects than others. She found 19 clusters of genetic variants that can boost a person’s chances of becoming a centenarian to different extents. "Just like there can be more than one well engineered car there can be different ways to engineer the human body to last a long time," says Bradley Willcox, who studies centenarians at the University of Hawaii. The four clusters with the greatest number of these variants proved to be the strongest signatures for extreme old age. Just under half of supercentenarians (people aged 110 years or older) have genomes that fit within one of these clusters. Just what these variants are doing is another matter altogether, and hopefully a rich seam of further research. The 19^th cluster poses a different mystery – it included people who lacked almost all of the 150 SNPs that were identified. Either their genomes are hiding variants that haven’t been uncovered yet, or their long lives might be more the result of healthy lifestyles. Willcox is very impressed with the cluster approach, saying that it "makes more sense biologically". Normally, researchers scour entire genomes and look for "a few big 'hits'" - individual genes or variants that are clearly linked to a disease or trait. "That's a pretty tall order and few genes can meet that bar," says Willcox. "It also doesn't make sense biologically since gene networks are likely the most important factor in aging and age-related diseases, such as coronary heart disease, stroke, cancers, etc. They have taken a cluster analysis approach looking at networks (or "signatures"). That is a positive step." Some of the clusters differed in the ages at which they were most likely to develop heart disease, dementia, high blood pressure and other illnesses. But in general, the SNPs that Sebastieni discovered were very different from those that affect the risk of such diseases. This suggests that surviving to extreme old age is less about avoiding a higher risk of chronic disease, and more about countering the effects of ageing in other ways. Studies like these provide us with important clues about these processes. As I wrote before:

The "centenarian genome" [is] a key resource for identifying "longevity genes", an invaluable step in understanding the physiological processes underlying long lives. Such genes have been found in abundance in other organisms - including over 70 in the worm Caenorhabditis elegans. Unfortunately, it's a different story in humans. While many candidate genes have been suggested to affect lifespan, very few have been consistently verified in multiple populations. Until recently, the only exception was ApoE, and in particular a variant of this gene known as e4, which bestows carriers with a much higher than average risk of developing Alzheimer's and heart disease. Across the world, this unfortunate version of ApoE is about half as common in centenarians as in younger adults. Last year, a second promising candidate emerged - a variant of a gene called FOXO3A. At the University of Hawaii, a team led by Bradley Willcox found that people who carried two copies of a particular form of the gene were almost three times as likely to make it to 100 than those without the variation, and also tended to start their journey into old age with better health and lower levels of stroke, heart disease and cancer. "There are so many false positives in this field that FOXO3A is very exciting," says Bradley Willcox. FOXO3A is involved in several signalling pathways that are conserved across animal species. It controls the insulin/IGF-1 pathway, which influences how our bodies process food. It also controls genes that protect cells from highly reactive oxygen radicals - molecules often thought to drive human ageing through the cumulative damage they wreak on DNA. FOXO3A could even protect against cancer by encouraging apoptosis, whereby compromised cells commit suicide. The variant of FOXO3A associated with longevity is much more prevalent in 100-year-olds even than in 95-year-olds, which clearly demonstrates the value of studying the centenarian genome.

So far the search for longevity genes in humans has been extremely difficult, but prospects brighten as genomic technologies become faster and there are more centenarians to study. Only a lucky few win the genetic lottery of longevity, but if we understand what sets them apart, we may be able to make the rest of us more like them by using lifestyle or therapeutic interventions to manipulate physiological pathways. Such medical advances will not only extend our lives, but also help us remain healthy and independent for as long as possible.

Image by Diego GrezMore on ageing: