Scientists have developed a new approach to cell-based therapies that can be triggered by a compound found in green tea. 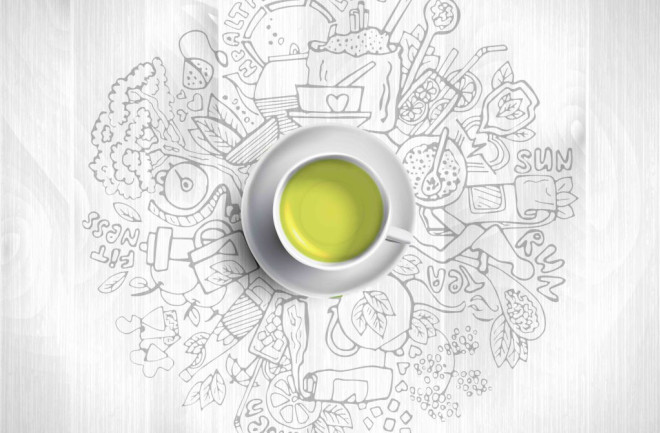 Since ancient times, the health benefits of green tea have been the stuff of legend. Now, researchers are turning to the antioxidant-rich leaves for a decidedly modern purpose — triggering cell-based therapies.

In a study published Wednesday in Science Translational Medicine, a team of researchers with East China Normal University and First Affiliated Hospital of Shenzhen University found that green tea can work to activate lab-made cells for disease treatment. In short, they used the beverage as a drinkable remote control.

And the authors think that the new approach, which they used as part of a successful treatment for diabetes in mice and monkeys, could one day be used to deliver remote controlled, easy-to-follow therapies for diabetes in humans.

In recent years, scientists have worked to refine how cell therapies — which have shown promise in treating diseases like cancer — are controlled. These therapies often rely on a chemical compound to trigger cells to secrete a specific therapeutic substance. But many of the currently-used triggers, like antibiotics, can have negative side effects or are unsafe for prolonged use.

In search of a better trigger, lead author Jianli Yin and her colleagues looked for a compound that was natural, nontoxic and perhaps even beneficial to health. Enter green tea.

In addition to its laundry list of purported health benefits, green tea contains a molecule called protocatechuic acid, or PCA. The research team engineered gene “switches” that could be activated by PCA before inserting them in different human and animal cells.

Of Mice and Monkeys

To test out their new system, the team implanted the PCA-responsive cells into mice with diabetes, a disease that impairs the body’s ability to produce insulin. After the mice were given concentrated doses of green tea, the researchers observed that the rodents’ insulin levels rose while their blood sugar levels fell.

But the study authors also noted that what works in mice doesn’t always translate to humans. So, to see if they achieved the same results in our nonhuman primate cousins, the scientists tested their system on macaque monkeys, too.

The findings were indeed similar — after drinking green tea or receiving an injection of PCA, the monkey’s insulin production returned to normal.

And while there haven’t yet been clinical studies on similar cell-based therapies in humans, the researchers remain optimistic that their findings could present new possibilities for disease treatment. That is, just so long as you don’t mind drinking a little green tea.

“Green tea has been an extremely popular beverage for more than 2,000 years,” the study said. “We suspect that [this system] will be considered safe and help to improve and encourage patient compliance.”