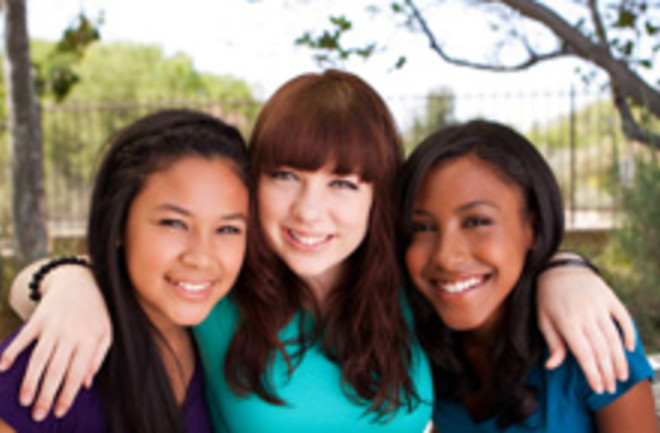 Researchers have identified 30 genes that play a role in the onset of menstruation in girls. Some of these puberty genes have previously been linked to body weight and fat metabolism, strengthening the connection between the obesity epidemic and the early onset of puberty in industrialized nations. For the study, published in Nature Genetics, researchers analyzed 32 genome-wide association studies that included more than 87,000 women from the United States, Europe and Australia, and then replicated the results in a further 14,000 women. Of the 30 genes that they found play a role in the timing of women's first periods, four genes are linked to body mass index, three play a role in metabolism, and three are involved in hormone regulation.

Study co-author, Dr Enda Byrne of the Queensland Institute of Medical Research says the results from this study show that many of the genes that increase risk for weight gain and obesity in adulthood, also influence the onset of puberty. "This supports the idea that the body launches into puberty once it reaches a certain level of nutrient stores and therefore children who are overweight are more likely to undergo early puberty," says Byrne. [Australian Broadcasting Corporation]

Previous research has shown that U.S. girls are beginning puberty at younger ages

, with a striking number of seven-year-olds showing signs of pubescence. It's not yet clear whether going through puberty at an early age will have health consequences; some worry that it may give women a higher risk of some cancers due to a larger lifetime dose of hormones. Researchers have hypothesized that childhood obesity is to blame for the shift, since the hormone estrogen is sequestered in fat tissue--but it's still possible that some underlying factor is responsible for both obesity and early puberty. Regardless of the cause, study coauthor Joanne Murabito wants to emphasize that girls aren't simply at the mercy of their genes:

"Several of the genes for menarche have been associated with body weight and obesity in other studies suggesting some women may have a genetic susceptibility to weight gain and early puberty," she added. "It is important to understand that these 'genetic factors' can be modified by changes in lifestyle. Efforts to reduce or prevent childhood obesity should in turn help reduce the early onset of puberty in girls." [HealthDay News]

80beats: This Is Your Brain on Puberty: Study Probes Why Learning Slows for Teens

DISCOVER: Growing Up in a Hurry

More From Discover
Health
Liquid Meal Replacements: Can We Move Beyond Food?
Health
Why Do Some People Live So Long?
Health
The Science Behind Fasting Diets
Health
Feeling Sleepy After a Thanksgiving Meal? It Might Not Be the Turkey
Health
Healthy Meals And Snacks Are Important For Kid's Brain Function
Health
4 Common Toxins Found in Everyday Foods
Recommendations From Our Store
My Science ShopDiscover STEM Kits
My Science ShopDiscover 2022 Calendar
My Science ShopStrange Science
My Science ShopElements Flashcards
Shop Now
Stay Curious
Join
Our List