Quantifying the Burden of Global Disease 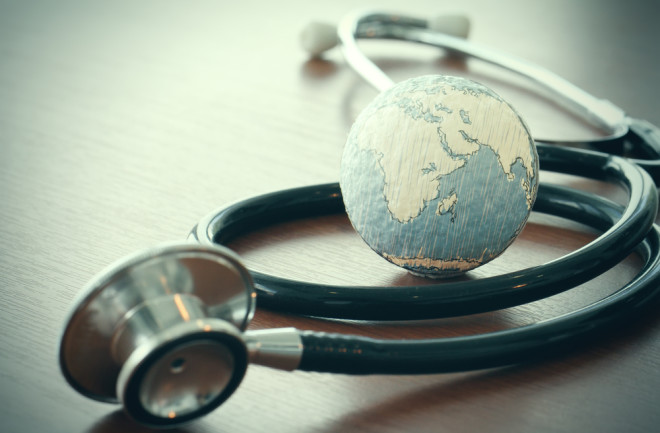 (Credit: Shutterstock) Later this month, global health luminaries will gather in Seattle to celebrate the anniversary of a relationship that had a rocky start back in 1986, when a brash young Rhodes scholar marched into the World Health Organization office of an epidemiologist who had published research papers on mortality in Africa. “Are you Alan Lopez?” the visitor asked. “Yes,” Lopez remembers answering. “Well, I’m Chris Murray, and everything you’ve written about Africa is wrong.” Lopez, a bit of a contrarian himself, took an immediate liking to Murray, and together they set out to change the way diseases are considered around the world. And 20 years ago they published their initial results in the medical journal The Lancet. The new numbers, using data from 2016, have just been published. The publication was a major step in the establishment of a revolutionary new concept: the global burden of disease. The two men compared not just the death toll of various illnesses and conditions, but also the burdens the illnesses and conditions cause while people are still alive. Initially, they were concerned about whether their way of quantifying the toll of disability – assigning different degrees of burdens to different conditions such as deafness or schizophrenia – would be accepted. Today, says Lopez, the stress comes from the magnitude of the ongoing project. There are now 2,500 collaborators, and the work has gotten much more complex. Murray and Lopez started with just over 100 diseases and injuries, and that’s grown to more than 300. In the early years, they considered 10 risk factors for ill health, such as tobacco and alcohol. Today there are 80 risk factors, including such new ones as sodium intake, hand-washing, and exposure to secondhand smoke. Editors at The Lancet call it “the most comprehensive worldwide observational epidemiological study to date.” Over the years, new infections such as Ebola and Zika have come into play. The availability of antiretroviral therapy for HIV/AIDS has dropped the death and disability rate from that infection. And the new study shows a rise in non-infectious diseases. Diabetes was the 24^th leading contributor to the global burden of disease in 1990. In 2005, it was 16^ th. And now it’s 11^th “and still rising,” Lopez says. Here are a few more highlights from the study:

At the anniversary party later this month in Seattle, Bill Gates, whose Bill & Melinda Gates Foundation has been the major funder of the Global Burden of Disease Project, is scheduled to give the keynote address. Jim Kim, head of the World Bank, is scheduled to be there. So is the editor of The Lancet, and officials from Brazil, the U.K., China, Malta, and more. And Chris Murray, now at the University of Washington, and Alan Lopez, now at the University of Melbourne, will both be there — still happily working together after that bumpy start, and already planning the next analysis. Watch for a story in our December issue about how this study changed the way global health planners see mental health.