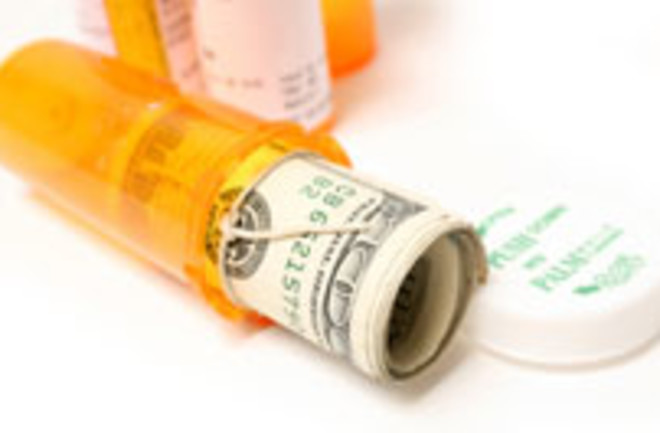 Three influential psychiatrists from Harvard Medical School seem to have been caught with their hands in the drug-laced cookie jar, and now they're in big trouble. Two days after it was alleged that the three doctors failed to report a collective $4.2 million in payments from pharmaceutical companies, Harvard and the affiliated Massachusetts General Hospital have launched an investigation into the doctors' behavior. The scandal has revived questions about conflicts of interest within the medical profession. The three psychiatrists, Joseph Biederman, Timothy E. Wilens, and Thomas Spencer, have conducted extensive research in child psychiatry, on mental health topics including attention deficit disorder, bipolar disorder and depression. They have often recommended treating young patients aggressively with medications, but they were apparently receiving large payments from the drug-makers at the same time. The information came to light when Iowa Senator Charles Grassley compared the researchers initial disclosure statements from 2000 to 2007 with drug company records. In their initial statements the three doctors reported only a few hundred thousand dollars over the seven year span; after Senator Grassley's investigators pointed out discrepancies, they upped their estimates considerably. Dr. Biederman and Dr. Wilens then estimated that they had each received $1.6 million from various drug companies, while Dr. Spencer estimated that he received more than $1 million. However, investigators say that even those amounts may not be a full accounting. As the psychiatrists also received funding from the National Institutes of Health, they may have fallen afoul of rules governing financial disclosures of income from corporations. John Burklow, a spokesman for the National Institutes of Health, said: “If there have been violations of N.I.H. policy — and if research integrity has been compromised — we will take all the appropriate action within our power to hold those responsible accountable. This would be completely unacceptable behavior, and N.I.H. will not tolerate it.”

The federal grants received by Drs. Biederman and Wilens were administered by Massachusetts General Hospital, which in 2005 won $287 million in such grants. The health institutes could place restrictions on the hospital’s grants or even suspend them altogether [The New York Times].

The three psychiatrists have all denied any wrong-doing, and say they believed they were following appropriate conflict-of-interest policies. Meanwhile, the Massachusetts State Legislature is attempting to ban pharmaceutical companies from giving gifts to health care professionals, but the proposed state law wouldn't prohibit researchers from taking large fees from companies. The incident has sparked outraged editorials filled with calls for reform, like so: Their failure to divulge their conflicts is striking proof that today’s requirements for reporting payments from industry — essentially an honor system in which researchers are supposed to reveal their outside income to their institutions — needs to be strengthened.Senator Grassley and Senator Herb Kohl, Democrat of Wisconsin, have introduced a bill that would require drug and device makers to report annually any payments to doctors that exceed $500 a year. That is the best way to ensure that conflicts of interest are transparent to all