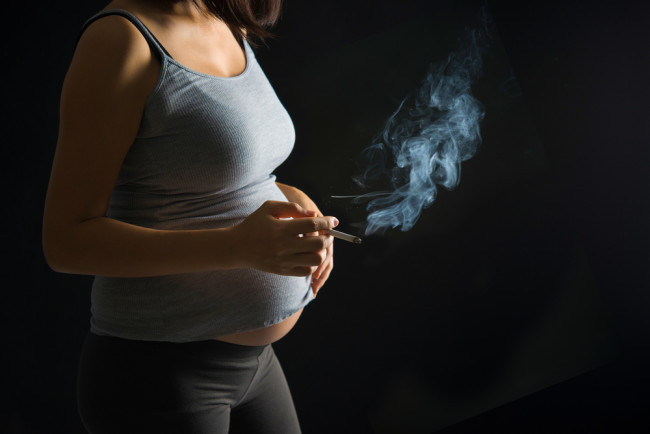 If pregnant women needed another reason to quit smoking, here it is: there's new evidence that children of mothers who smoked throughout pregnancy have smaller brains and more emotional problems, including depression and anxiety. The study, published today

in Neuropsychopharmacology, involved 226 children, ages 6-8 years, in the Netherlands. Half of the group had not been exposed to cigarette smoke in utero. Of the other 113 children, 17 were born to smokers who kicked the habit the day they learned they were pregnant, reducing the length of time the fetus was exposed to smoke. The remaining 96 children in the study were exposed to maternal cigarette smoke throughout all trimesters, ranging from one to more than nine cigarettes a day.

Researchers assessed the children for behavioral problems and also performed MRI scans to study their brains' volume. The 96 children whose mothers smoked throughout pregnancy had both smaller overall brain volumes and notably reduced cortical gray and white matter. Some of the most reduced brain regions were ones associated with behavior and emotions. Using established behavioral tests, researchers found the 96 children scored higher for a range of behavioral and emotional problems than other children in the study. Interestingly, despite a wide range in the quantity of cigarettes smoked by the 96 women throughout their pregnancy, their children showed no difference in degree of cortical thinning, suggesting that even a single daily cigarette does the same harm as a pack-a-day habit. The good news is that children whose mothers stopped smoking as soon as they learned they were pregnant showed the same levels of brain development and behavior as children who were not exposed to cigarette smoke in utero. The authors stressed their study was observational and did not establish causality: It's possible, for example, that the mothers themselves had genetically smaller brain volumes and a greater disposition toward emotional problems, traits their offspring inherited. Or perhaps a woman who continues to smoke while pregnant, despite mounting evidence of damage done to the fetus, has other parental shortcomings that result in long-term developmental issues for her children. Image by wong yu liang / Shutterstock