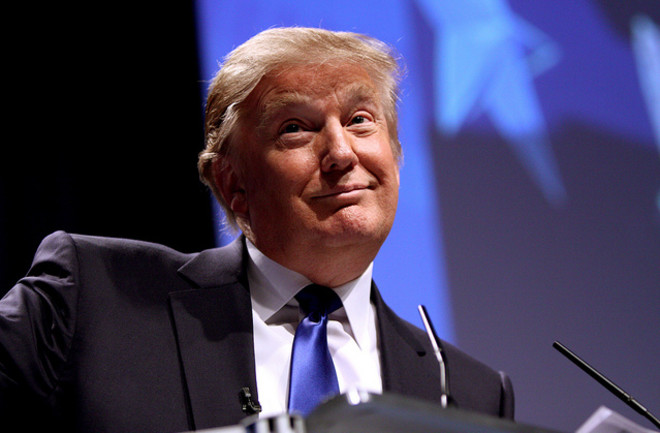 Image:Flickr/Gage SkidmoreIn this study (that couldn't possibly have been inspired by recent political events*), scientists from the University of Georgia report that that power and narcissism lead to overconfidence. To test this idea, they conducted a series of four experiments in which participants were evaluated for narcissism, quizzed with trivia questions, and then assessed by how many they thought they got right. In one experiment, the researchers had participants write about a life event in which they either had or did not have power over other people. In this way, the scientists could test how positions of power and levels of narcissism affected how accurately the participants self-assessed their trivia scores. The result? Both narcissism and power seemed to make participants more overconfident. Great. Really great. The greatest result ever. Period. *This study was originally submitted for peer review on August 6, 2015, and accepted for publication on November 26, 2015. Direct and interactive effects of narcissism and power on overconfidence. "Prior research has separately examined the influence that narcissism and power have on the general concept of overconfidence. In this article we examine the influence of narcissism on overconfidence utilizing three different methods to operationalize the overconfidence construct (Studies 1–4). In addition, we examine the role that power plays in the relationship between narcissism and overconfidence (Studies 2–4). Results indicate that both narcissism and power both individually and collectively exert an influence on overconfidence. Furthermore, when individuals who score relatively high on the Narcissistic Personality Inventory are in an elevated state of power, overconfidence is significantly higher than for individuals in a low state of power. This interaction effect, however, was only evident when high levels of narcissism were overweighted in the analyses, by, for example, oversampling (Study 4). We conclude by discussing implications and avenues for future research." Related content: Powerful people are bigger hypocrites.Living large: The powerful overestimate their own height.Irrelevant events affect voters’ evaluations of government performance.