Potato Identity Crisis: Am I a Vegetable or Supercarb or Both? 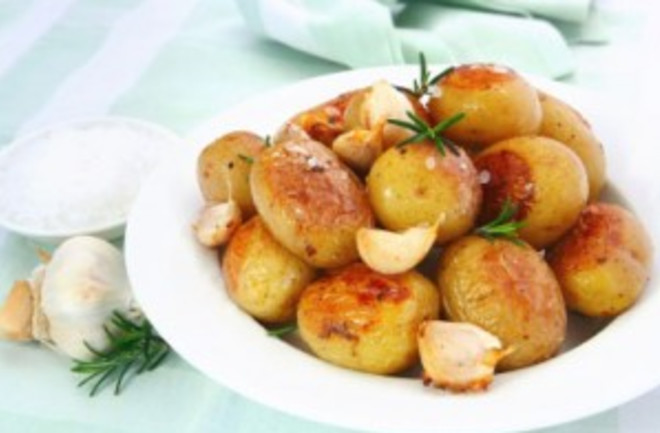 The poor potato seems to be suffering from an identity crisis. Particularly in the United Kingdom, where there seems to be a great deal of confusion among consumers over whether the potato is a vegetable or just a starchy carbohydrate or both. In order to vanquish this confusion and get people to pile on the potatoes, The Potato Council in the U.K. has put forth a petition to Downing Street to re-classify the spud as a "supercarb"--a new food group that, according to the council's website, would help highlight "how much goodness potatoes contain." The Council hope this re-branding restores the potatoes tattered image that has suffered in the hands of those health-conscious folks who believe that a carb is a four-letter word. The BBC reports:

Spurned by dieters on low-carbohydrate regimens such as Atkins, the vegetable also appeared to score poorly on the Glycaemic Index (GI) -- which measures how quickly foods are broken down. The slower, the better -- and the potato was quick. And then it seemed it was no longer a vegetable at all, passed over by the Department of Health when it compiled its list of "five-a-day."

In the United Kingdom, the potato is classified a starchy carbohydrate. But while it is starchy, research published in the British Nutrition Journal argued that the vegetable had been subject to "unjustified generalization" and pointed out that the potato's nutrition was entirely dependent on the way it was cooked, pointing out that an overcooked french fry was quite different from a boiled new potato. So should we or not scarf down that order of fries? Tom Sanders, professor of nutrition and dietetics at King's College, London told the BBC that potatoes are an important source of Vitamin C and several other important nutrients, and noted that they're healthiest when baked or boiled. He added that big, freshly cut fries only take up about 7% fat because of their relatively small surface area, and fries baked in the oven are even better with just 5 percent fat. We'll take that as a yes. Related Content: Discoblog: The Secret to Why French Fries Smell So Good: Ironing Boards? DISCOVER: 8: Low Carbs Put Squeeze On Farmers 80beats: Fungus Behind the Irish Potato Famine Strikes the U.S.Image: iStockphoto