Poor Sleep Habits? For Older Adults, That Could Double Your Risk of Cardiovascular Disease 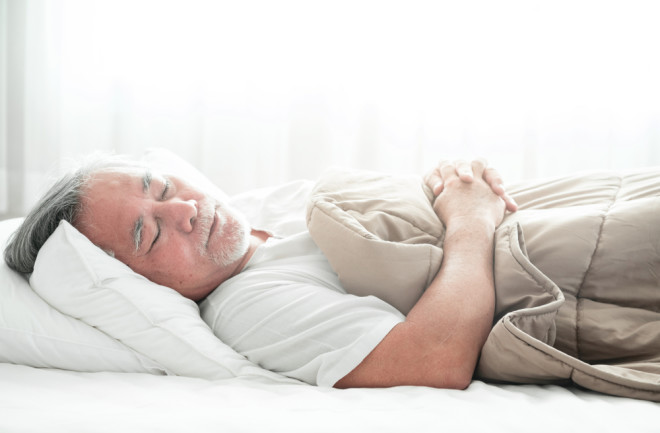 Did you get your seven hours last night? By now, most of us know that a good night’s sleep is vital to our well-being. But studies have shown that it’s not just the duration of dozing that matters — the consistency of our sleeping habits can have major consequences on overall health, too.

Whether you work the late shift, struggle to remember to set your alarm clock at night or just can't stop tossing and turning, many adults have difficulty maintaining consistent sleep patterns. Previous research has linked irregular sleep schedules to a host of problems that can cause disease, including changes in blood sugar and inflammation in the body, says Michael Twery, director of the National Center on Sleep Disorders Research at the National Heart, Lung, and Blood Institute.

And a new study, published in the Journal of the American College of Cardiology, found that adults with the most inconsistent sleep habits were more than twice as likely to develop cardiovascular disease as those with more regular sleep patterns.

There’s a reason doctors recommend getting seven to eight hours of sleep each night. Studies have shown that not getting enough sleep is linked to a higher risk of getting diabetes, obesity and heart disease.

And with an expansive body of evidence supporting the importance of sleep duration to cardiovascular health, scientists have begun to study how more variable sleep patterns might impact heart health, too. In the paper, the research team points to several recent studies connecting inconsistent sleep habits to metabolic problems like higher blood pressure and insulin resistance.

The scientists say that the paper is the first to examine the link between sleep irregularity and the risk of developing heart disease. They explain that previous studies had already hinted at a possible connection — such as research that found a significant spike in heart attacks and strokes in the first few days after the switch to daylight saving time. Beyond that, a higher risk of heart disease has been seen in rotating night-shift workers, like frequent travelers and flight crews.

In the paper, the research team looked at 1,992 men and women between the ages of 45 and 84 years old over the course of five years. None of the participants had cardiovascular disease at the start of the study.

To track the participants’ sleep patterns, they all wore devices, similar to smart watches, on their wrists to measure when they were active or at rest — in other words, their sleep-wake cycles. The participants wore the devices, called actigraphs, for seven days in a row while logging their sleep and wake times in a diary. They were also tasked with completing a questionnaire about any snoozing quirks, like insomnia symptoms or frequent sleepiness during the daytime.

During the five years that followed, 111 participants had cardiovascular events, such as heart attacks and strokes — including 29 deaths caused by cardiovascular issues. The scientists found that those with the most irregular sleep patterns, both in terms of duration or timing, had more than twice the risk of having a cardiac event during the follow-up window. Even after adjusting for known cardiovascular risk factors, and other variables like sleep apnea, the results remained the same. With this in mind, the researchers suggest that off-kilter sleep schedules may be a new, independent risk factor for cardiovascular disease.

Yet the precise mechanisms in the body behind this connection, the research team says, remain unclear. They theorize that a constellation of factors, like disruptions in circadian rhythms, might be responsible.

The scientists also acknowledge that the study’s sample size is modest — and the follow-up period somewhat short. In the future, they hope that larger and longer studies can help confirm the link between fitful sleep habits and heart disease. Beyond that, further research could inspire new techniques and interventions for helping people get healthier, more consistent sleep.