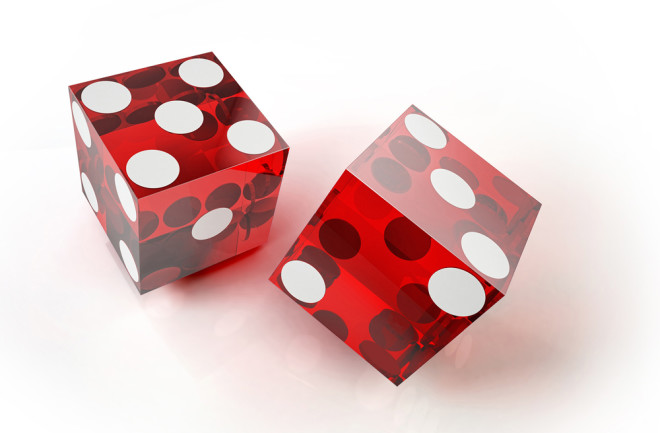 “But can I still go to the Virgin Islands?”

Ellen, 51, vivacious and trim, looked the perfect candidate for some fun in the sun.

“I’m sure you’re OK,” I said. “But better to do all the tests quickly in the hospital and start treatment.”

“I do everything right.” She ticked off her fingers, “I work out. I quit smoking. I even skip birthday cake!”

“The CT scan and your lab work look good so far.”

“Do I really need to stay overnight?”

I held her shoulder. “We’ll get the MRI in a few minutes, then we need some heart tests. It would make me much happier if you stayed.”

It started with a phone call. “Couldn’t move her arm.” It was my good friend Bill. Ex-ER doc, now in-house company physician, he is a master at plucking rare needles of disease from a haystack of healthy young people.

“That’s the funny thing. Yesterday she was getting ready for the gym, then couldn’t move her arm. Thought maybe she’d slept on it funny, but realized it had been fine when she woke up. After a minute or so, the strength came back. Today she decided to see me. Right now she could do 30 push-ups.”

My alarm bells went off. “Send her in.”

“I know,” he answered. We both suspected TIA, a transient ischemic attack, or ministroke. “But to where?”

I rang Dr. Redder, our chief neurologist. “My office is all booked up,” she said. “But ER’s better anyway. I can monitor her while we get everything done.” I relayed that to Bill. “Tell her to ask for me.”

TIAs are the devil’s work — red flags that pop up then vanish. Mechanically, they are simple: just block any blood vessel in the brain for a few minutes. Clinically, they make doctors crazy, unleashing a cascade of what-are-the-odds dilemmas: Was that momentary hand weakness a TIA or a carpal tunnel flare? That spell of vertigo an inner-ear misfire or a clot to the cerebellum? That blurred vision a blocked retinal artery or a migraine?

By definition, TIA usually means by the time you see the patient, all appears normal, like someone crying, “Look! A shooting star!” But you look up and behold only night sky.

TIAs can be thrombotic or embolic, arising from clots formed in a brain artery diseased with atherosclerotic plaque, or from clots traveling to the brain from the heart or arteries upstream. If the body’s clot-dissolving system chews up the wayward clots before neurons die, then it’s a TIA. If not, it’s a stroke.

Why the urgency to test Ellen? Because up to 1 in 10 TIAs will progress to a full-blown stroke within 48 hours. The good news is that these odds can be slashed through prompt treatment with aspirin or blood thinners, surgery for blocked carotids, statins for high cholesterol, regimens for smoking cessation and meds for blood pressure control. The tempting counterbet? Up to two-fifths of TIA patients may never have another. But no one knows which two-fifths.

Dr. Redder came by. Compact and wicked smart, she pulled me aside.

“The MRI is not normal. Scattered white-matter microinfarcts. She’s been showering small clots for a while. Probably from the heart.”

White matter is the layer just beneath the brain’s surface neurons (imaginatively called “gray matter”). The specks of damage were so small, Ellen probably hadn’t sensed them. But they drew an ominous pattern.

In a patent foramen ovale (PFO), a flap between the two upper chambers of the heart allows venous blood to mix with oxygenated blood. If the blood crossing over contains clots, these can travel up the carotid artery to the brain. | Carlo and Mike Werner/PhotoTake

Dr. Redder went back to Ellen.

“The MRI shows you’ve probably had similar events in the past. It’s very important we investigate where they’re coming from.”

Ellen took the news quietly. After Dr. Redder left, I added, “In healthy people under 55 with a TIA, we don’t always find a clear explanation. But now I’m sure you need to stay.”

“What will I tell my family?”

The next morning, I spied Dr. Redder and a cardiologist talking animatedly in the hallway.

“TEE showed a big PFO,” she said. Translation: An echocardiogram showed a hole in Ellen’s heart. Or more accurately, a flap.

A Failure of Fusion

From a developmental perspective, our four-chambered heart (the right atrium and ventricle pump venous blood to the lungs; their more powerful counterparts on the left side pump oxygenated blood to the body) is a surprisingly jury-rigged machine. In utero, it must shunt oxygenated placental blood from right atrium to left to bypass the fluid-filled lungs. When a baby’s born, its most critical mission is to switch from underwater to air breathing. Part of that transition includes sealing right atrium from left.

The human heart’s brick-laying is intricate: Early in fetal life, a wall is built between the atria that leaves an opening at the top. Later, a stronger second wall forms on the right atrium side that also leaves a hole, but at the bottom. Placental blood can still flow from right to left, with the first half-wall acting as a one-way flap for the hole in the second (think two overlapping playing cards). With a baby’s first breath, the lungs open and pull in right atrium blood; pressure there drops while it rises in the left atrium, thus pushing the flap against the hole. By age 2, over 70 percent of people fuse both partial walls into one.

Those who don’t fuse end up with a PFO, or patent foramen ovale. The risk is this: Small clots can arise in leg veins with prolonged sitting or inactivity. Venous blood returns to the right atrium, then to the right ventricle, which pumps it through the lungs. Happily, the lungs can filter out small clots with minimal harm, but the brain — where each patch of neurons has a specific function — is less forgiving. If a small clot crosses from right atrium to left — a so-called paradoxical embolus — the left ventricle might send it up the carotid artery and paralyze your arm. Studies show that a significant amount of PFOs allow venous blood across while a person is at rest — almost all do if you boost right-heart pressure with actions like bearing down or coughing.

Treatment is Not Clear-Cut

So what were the odds a PFO caused Ellen’s TIA? Cryptogenic strokes — those lacking known causes like a blocked carotid or heart arrhythmias like atrial fibrillation that spawn clots — comprise almost half of strokes in patients under 55. In such patients, PFOs are more common (39 percent compared with 26 percent) and bigger than in the general population.

The usual treatment for any cryptogenic TIA or stroke is cholesterol and blood pressure reduction, if indicated, plus an anti-platelet agent, like aspirin. Studies have tested whether closing PFOs with umbrella-like devices introduced into the right atrium via the femoral vein would help. The procedure showed no additional benefit, but some experts believe it could if medications don’t hold the line.

“I have a hole in my heart?” Ellen exclaimed when we told her. “It’s been there my whole life?”

“One in four people do to some extent,” I reassured her. “We can’t be sure the PFO caused your TIA, but the MRI suggests tiny clots have sneaked across before.”

The size of Ellen’s PFO and the MRI pattern led the cardiologist to add Plavix, another potent anti-platelet drug, to the aspirin. Since then, Ellen has found that she doesn’t like taking so much medicine and worrying about the risk of bleeding. The closure procedure, despite its small chance of causing a stroke itself, is looking more attractive to her. She’ll always have to weigh the odds.