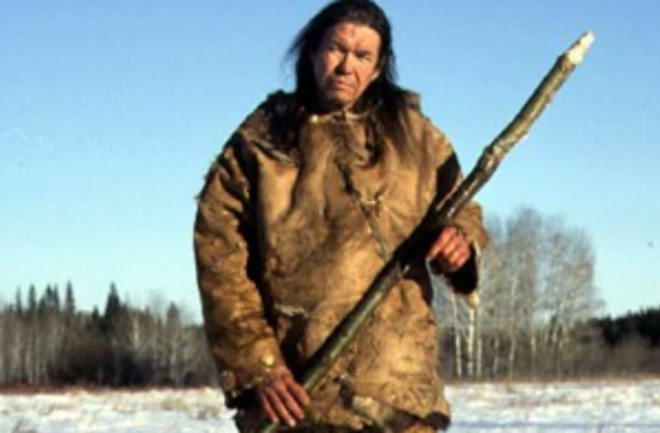 There's a lot of circumstantial evident that mtDNA haplogroup U5 was brought to Europe by the first anatomically modern populations. Though this haplogroup is extant around frequencies of ~10% in modern European populations, with the highest proportions in northern Fenno-Scandinavia and the east Baltic region, extractions of DNA from hunter-gatherer remains in northern Europe yield very high proportions of this lineage. This is not totally surprising, in the early aughts Bryan Sykes wrote a book, The Seven Daughters of Eve, and correctly pointed out that the coalescence for the U5 lineages is very deep in Europe, suggesting that it has had a lot of time to diversify. Sykes' main thesis though was that most of the genetic heritage of Europe predates the expansion of Neolithic farmers within the last 10,000 years. The rough implication was that ~80% of the ancestry of modern Europeans could be derived from people who were resident within the modern boundaries of the continent of Europe during the last Ice Age. But Ancient DNA extractions and more thorough analyses of modern population variation are muddling the picture somewhat. Some of the lineages which were presumed to be Paleolithic, such as R1b, may not be so. But the fact remains that we do know that modern humans began to settle Europe within the last 40,000 years, and extirpated the Neandertals within 10,000 years of their initial arrival. Unless those initial populations were totally replaced,

there has be a very ancient lineage which dates to the Paleolithic, and in particular the Ice Age.

In any case, that is why U5 is of some interest, though the "golden age" of mtDNA & Y studies is probably in the past. A new paper in PLoS one surveys central and eastern European groups, , The Peopling of Europe from the Mitochondrial Haplogroup U5 Perspective:

It is generally accepted that the most ancient European mitochondrial haplogroup, U5, has evolved essentially in Europe. To resolve the phylogeny of this haplogroup, we completely sequenced 113 mitochondrial genomes (79 U5a and 34 U5b) of central and eastern Europeans (Czechs, Slovaks, Poles, Russians and Belorussians), and reconstructed a detailed phylogenetic tree, that incorporates previously published data. Molecular dating suggests that the coalescence time estimate for the U5 is ~25–30 thousand years (ky), and ~16–20 and ~20–24 ky for its subhaplogroups U5a and U5b, respectively. Phylogeographic analysis reveals that expansions of U5 subclusters started earlier in central and southern Europe, than in eastern Europe. In addition, during the Last Glacial Maximum central Europe (probably, the Carpathian Basin) apparently represented the area of intermingling between human flows from refugial zones in the Balkans, the Mediterranean coastline and the Pyrenees. Age estimations amounting for many U5 subclusters in eastern Europeans to ~15 ky ago and less are consistent with the view that during the Ice Age eastern Europe was an inhospitable place for modern humans.

The simple reality is that much of northern Europe was not habitable during the Last Glacial Maximum, so naturally hunter-gatherers would rapidly expand to settle the new territory as it became accessible. This may be why the Basques have a more diverse array of U5 lineages than the Sami, northern populations are sampled from the diversity of the southern. But after the expansion it may be that the original genetic substrate of Paleolithic Europe was heavily overlain by agriculturalists, and it is only in the far north and east than the Paleolithic populations persisted because of ecological parameters. This is why I suspect that a deeper analysis of northeast European genetics will give us some clues as to the demographic process of the shift from hunter-gatherer lifestyles to agriculture.