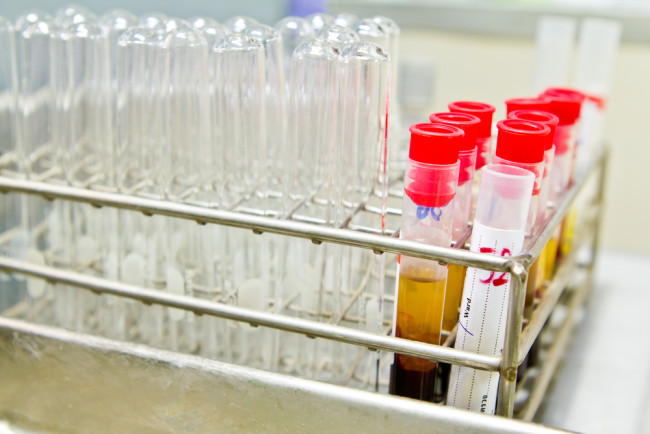 Blood samples are an invaluable tool, but often they’re just the tip of the diagnostic iceberg, something that determines whether additional, more sensitive tests and scans might be necessary. But new technology may make it possible to use individual cells in a patient’s blood sample to get far more specific and actionable information. A technique being developed by San Diego–based Epic Sciences

can determine whether a cancer patient is an appropriate candidate for a drug, and even whether the drug is losing its efficacy. In research presented last month at the Personalized Medicine World Conference

in Palo Alto, CA, Epic described how their technology can be used to reliably pick out rare cells from a blood sample. In the case of cancer, these rare, circulating tumor cells could one day tell an oncologist not only whether a patient’s cancer has returned, but also whether it’s growing resistant to the current treatment regimen—something only expensive scans and invasive biopsies can do with any accuracy today.

One of the main ways cancer spreads is through blood, when tumor cells break off into the bloodstream and are transported to new sites, where they grab hold and multiply. But although blood is one of the best ways to track cancer’s spread, it’s also a notoriously difficult one from which glean information: Isolating cancer cells from a blood sample has been a source of researcher investigation and frustration for many years. Some have tried separating them by size through a cellular sieve, but rare cells like these can vary in size and could easily be discarded. Others have attached tiny magnetic beads to antibodies, allowed the antibodies to bind to proteins on the cells’ surface, then used a magnet of the opposite polarity to draw them out. But cancer cells don’t always express the matching proteins and could, again, slide through unnoticed. 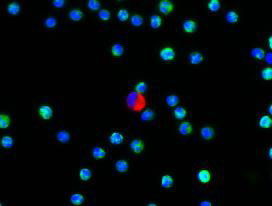 at the Scripps Research Institute

in San Diego, doesn’t bother separating out the unusual cells. Instead, it removes all the nucleated cells from a blood sample (thereby eliminating red blood cells and other components) then spreads them out on a microscope slide, stains them with an assortment of fluorescent dyes, and uses software to analyze and flag the rare cells based on fluorescent and morphological anomalies. “This approach gives you extreme sensitivity and specificity. You never miss a cell,” says Murali Prahalad, Epic Science’s CEO.

Prahalad compares cancer to a runaway Ferarri—something that moves with great speed but whose course is unpredictable. It can spread quickly even while evolving resistance to specific therapies. “Genomics can bring you more information about the Ferrari, but it can’t tell you where it’s going to be 10 minutes from now,” he says. “Physicians need a dynamic and real-time aerial view of what’s happening, but you can’t biopsy a patient multiple times during the course of the disease. The only way to understand what’s happening in real time is to have a blood-based test.” When the software identifies an unusual cell, that cell can be retrieved and analyzed to determine which proteins it expresses and which chromosomal mutations it possesses. Those results can be used to inform treatment—to assess whether the cells express proteins associated with resistance to certain drugs and to choose the most effective therapy for each specific patient’s disease. “Not every cancer cell looks the same,” says Howard Scher

, an oncologist specializing in prostate cancer at Memorial Sloan Kettering Cancer Center in New York who is familiar with Epic’s technology. Different areas of cancer in the body can have marked genetic differences. “So the challenge, and what the Epic platform is designed to do, is to look for predictive markers that say this cancer will be sensitive or not to a specific drug.” Such a precise approach allows oncologists to select a patient’s treatment based not on the cancer’s origin tissue but on its biology—something that is still largely a pipedream in the cancer field.

The Epic lab is almost fully automated—right now, the only thing that has to be done manually is placing the cells on a slide, and by the end of this year that, too, will be mechanized. Turnaround time: Between 24 and 72 hours. Rapid results are vital not just for oncologists but for researchers looking to match drugs with potential patients. “Many times, in a research setting, you don’t get results like this until after a trial is finished,” Scher says. “But this has a speed that will enable you to use for decision making.” That’s just what Epic is counting on. They have already partnered with 14 different companies, including Pfizer and Genentech, to assess blood samples from clinical trials of new drugs. “We can look for circulating tumor cells, and then in those cells look at protein marker and assess how the numbers of these cells—and biomarkers within them—change in response to a drug being administered,” Prahalad says. And once they have identified appropriate biomarkers, they can use those to match patients to clinical trials. Some of Scher’s first prostate-cancer trials are just opening now. “We spent the last few months studying different populations, and it’s enabled us to design several trials that we’re optimistic will work,” he says. “Because only about 30 percent of patients respond to a particular drugs, being able to tell who those patients are is critical. And if we want to develop drugs, we have to give them to people for whom they’ll work.”