People With Severe Depression Age Faster At the Cellular Level 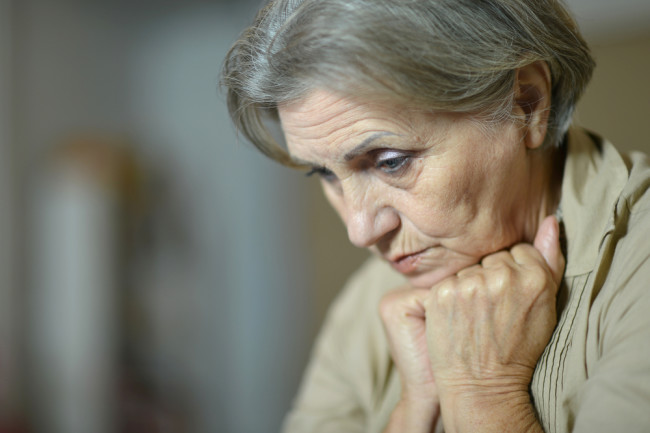 Depression runs deep. So deep, in fact, that researchers now say the individual cells of a person with severe depression age faster than usual.

A team of researchers in the Netherlands wanted to know why people with depression are at greater risk for diseases related to aging: diabetes, obesity, cancer and heart disease. So they looked at three groups of people: 1,100 currently experiencing major depressive disorder (MDD), 800 who had MDD in the past, and 500 people who reported no signs of depression. The researchers checked out each person's telomeres---the protective caps on the end of their chromosomes that wear down over time. The length of a person's telomeres is a key measure of cellular aging.

People with MDD had much shorter telomeres than those who didn't. That held true whether the depression was in the present or the past. Plus, the longer the duration of depression, or the more severe its symptoms, the shorter a person's telomeres were. (To be sure of the association, researchers took into account factors like smoking, drinking and other lifestyle differences.) Does depression accelerate aging? It's too early to say. The findings,

published yesterday in Molecular Psychiatry, show a connection between depression and cellular aging, but not a causal relationship. And the research was limited to severe depression, excluding milder and perhaps more common forms. The good news is that previous research

suggests cellular aging can be reversed with diet and exercise. Yet another reason to strap on your sneakers. Image credit: Aletia/Shutterstock