People Were Definitely High For the 2017 Solar Eclipse, Study Finds 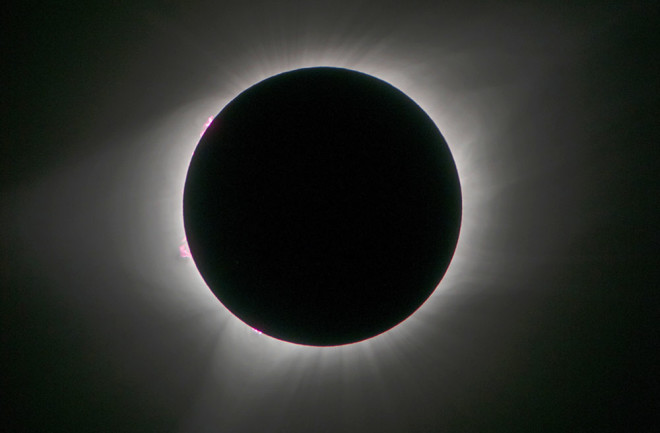 Day turning to dusk in the span of minutes, sunsets all around, a jewel-bright ring in the sky where the sun once stood — an eclipse is an otherworldly experience. But, if there's one thing we like to do with amazing experiences, it's try to make them better. Though you may have already guessed, a new study provides the confirmation: Lots of people got high for the 2017 solar eclipse.

The new data comes courtesy of a study from a group of researchers from Murray State University in Kentucky looking at how celebratory events affect drug use. They compared two towns in Kentucky on a normal week and the Fourth of July, and looked at the solar eclipse in one town and the first week of a college semester in the other.

Drug use being the kind of thing people don't necessarily like to make public, the researchers turned to a clever, and increasingly common, method of assessing what and how much people were putting into their bodies: They simply analyzed the sewage water. What goes into our bodies must come back out, and most drugs show up in our urine wholesale or betray their presence through signature metabolites our bodies break them down into.

It's a much more accurate and timely method of measuring drug use than relying on self-reported surveys or estimates based on drug busts, and it's been used all over the world, though not often in the U.S. "We can utilize this technique to determine the level of drugs people are consuming yesterday, today," says Bikram Subedi, an assistant professor at Murray State University and a co-author of the study. "Within 24 hours we can get all the results."

The researchers took samples from wastewater treatment plants before, during and after big events and sampled them in the lab for the markers of drug use. Big celebrations, unsurprisingly, have a noticeable effect on drug use, they found, in research presented today at the 256th National Meeting & Exposition of the American Chemical Society.

Both the Fourth of July and the solar eclipse produced significant spikes in levels of a range of drugs, from weed to cocaine to MDMA, when compared to a baseline reading.

Compared to a more prosaic celebration like the Fourth of July, though, the eclipse seems to have encouraged a somewhat different kind of drug use. Marijuana, MDMA and amphetamine (a broad class of stimulants that includes drugs like Adderall and Vyvanse) use were all significantly higher during the eclipse than during the Fourth.

More worryingly, though, drugs like morphine, cocaine and methamphetamine all spiked during the eclipse, though not as much as during the Fourth. The researchers didn't look at other psychedelic drugs like LSD, psilocybin or DMT.

The one drawback to the work, however, is that they weren't able to control for the massive influx of people the eclipse, and to a lesser extent events like the Fourth, brought. Some towns in the path of totality saw more than 10,000 people flood in for the event, so it's impossible to say whether people did more drugs during the eclipse, or if there were simply more people around to do them.

The takeaway here is two-fold. One, we can prove that, yes, people did get high during the eclipse, using the stunning celestial alignment as a opportunity to try and expand their minds further under the influence of psychoactive substances. (No one seems to have gone blind while tripping on LSD, though, as one bit of 1960s anti-drug propaganda had it.)

On another level, however, it reveals that celebrations present an even greater danger for people addicted to already harmful drugs like meth and opioids. What's more, that correlation holds whether it's an established holiday like the Fourth of July or a more uncommon event like the eclipse.

As the opioid crisis continues, the information could be helpful for everyone from police officers to hospital administrators who must deal with the the effects of addiction and overdose. Their work, and similar analyses worldwide, are indicating that we may have underestimated howe many drugs are actually being consumed, something that has real implications for public health agencies.

In the future, Subedi hopes that such wastewater monitoring can be carried out in larger cities and over extended periods of time. Such a project would track the ebb and flow of drug use to better inform the ways that we as a society deal with illicit substances. And, with another eclipse set to blaze a path across the U.S. in 2024, the study offers a preview of what we might expect in terms of some people's viewing plans.