People evolving to be shorter & stouter 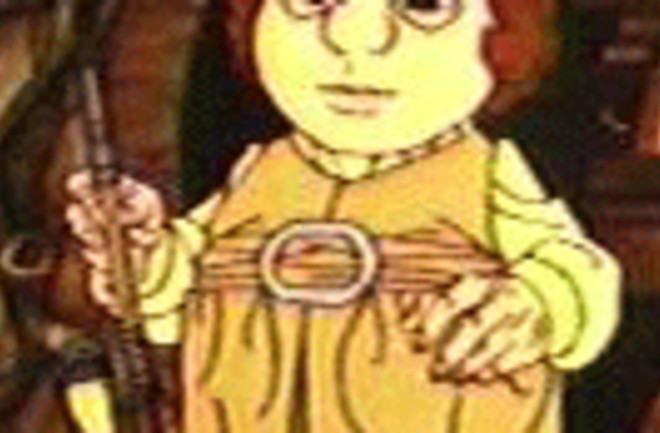 One of the things about evolution you sometimes hear is that it has "stopped" for humans. Steve Jones, a British geneticist, is one of the more prominent public expositors of this viewpoint today. The key fact that most people latch on to is that infant and child mortality is very low, so the vast majority of humans reach the age of potential reproduction. Random genetic drift aside, evolution via natural selection does not necessarily need differential mortality as a necessary precondition (though this is obviously an efficacious mechanism from the viewpoint of evolution). All that needs to occur is for reproductive fitness to track variation in a heritable trait. Imagine for example that a woman was born with a mutation which prevented her from ever reaching menopause. Assuming that the allele does not go extinct, this is a variant which might actually spread in the modern world, as many women are delaying childbearing until the latter half of their fertility curve. A woman who might have one child at the age of 40 might very well wish to continue having more children before she retires (this is already happening). But this is theory. What does the data say? As it happens a few months ago a paper came out which looked at this question. They used the Framingham Heart Study study sample, which goes back to 1948, and compared two generations, both with N's somewhat in excess of 5,000. Natural selection in a contemporary human population:

Our aims were to demonstrate that natural selection is operating on contemporary humans, predict future evolutionary change for specific traits with medical significance, and show that for some traits we can make short-term predictions about our future evolution. To do so, we measured the strength of selection, estimated genetic variation and covariation, and predicted the response to selection for women in the Framingham Heart Study, a project of the National Heart, Lung, and Blood Institute and Boston University that began in 1948. We found that natural selection is acting to cause slow, gradual evolutionary change. The descendants of these women are predicted to be on average slightly shorter and stouter, to have lower total cholesterol levels and systolic blood pressure, to have their first child earlier, and to reach menopause later than they would in the absence of evolution. Selection is tending to lengthen the reproductive period at both ends. To better understand and predict such changes, the design of planned large, long-term, multicohort studies should include input from evolutionary biologists.

Several of these are medical traits, exactly the sort of factors which are presumably greatly palliated by modern medicine. Below are the traits with their heritabilities: Height (HT) = 0.84  Total Cholesterol (TC) = 0.61 Systolic Blood Pressure (SBP) = 0.53 Weight (WT) = 0.52 Diastolic Blood Pressure (DBP) = 0.49  Age at menopause = 0.47 Glucose level = 0.34 Age at first birth = 0.09 Remember that heritability is simply the proportion of phenotypic variation which can be explained by genetic variation. So for height ~84% of the variation in height is due to variation in genes. By contrast, only 9% of the variation in age at first birth is due to variation in genes. This is important because the higher the heritability, the easier it is for differences in reproductive outcome to translate into natural selection. The response to selection is directly proportional to the product of the heritability and the strength of selection. In other words, tall people tend to have tall offspring. Women who were unusually young when they first gave birth did not usually have offspring who were also unusually young when they first gave birth. This makes some sense since height is a straightforward biological trait, while age at first birth is presumably strongly conditional upon social circumstances and random environmental events. Here are the selection gradients for the traits above:

N = sample size μ = mean value of the trait SD = standard deviation of the trait β = unstandardized selection gradient βμ = standardized selection gradient P = p-value (Poisson model) The direction and the magnitude of the gradients are rather clear. Women who are heavier, shorter, and have lower cholesterol have higher lifetime reproductive values. Note that they controlled for level of education, foreign or native birth, and whether the individual smoked, in their regression model.

Here's table 5 reformatted a bit for clarity. You can see how using the &beta values calculated above they've projected the change in some of these traits over time. Within the text they do hedge a bit about the validity of these projections; the genetic architecture of these traits are not necessarily well elucidated and selection itself can exhaust the variation which it relies upon to change trait value. Or changes in the genetic architecture might lead to a non-linear response at some point in the future. But it seems that the point here isn't to make a projection about future humanity which none of the researchers will be able to examine. After all, it is unlikely that the Framingham Heart Study will be active 225 years from now. Rather, this study shows that there are diferences in reproductive outcomes which track heritable traits in humans; in other words,evolution has not stopped. You can measure its movement. Citation: Sean G. Byars, Douglas Ewbank, Diddahally R. Govindaraju, and Stephen C. Stearns, Natural selection in a contemporary human population, October 26, 2009, doi:10.1073/pnas.0906199106