People Are Attracted to Vegetable-Colored Faces 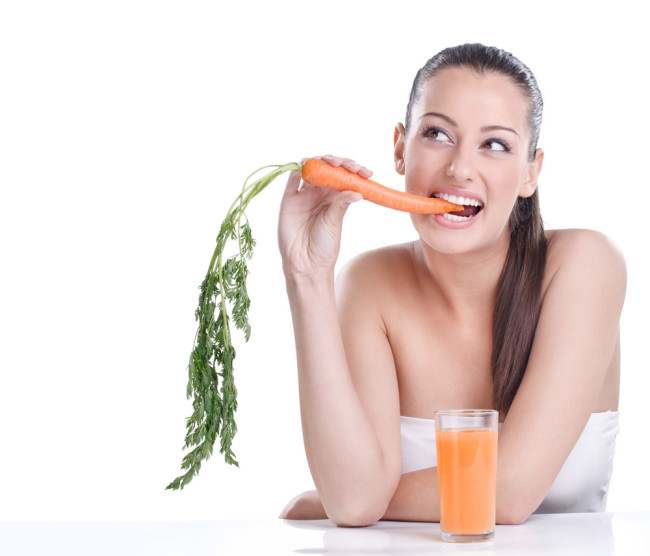 Skin is a well-known indicator of a person's health---you might look, for instance, at its texture, or whether its color is even. Now researchers have added another, less obvious trait to that list: People are more attracted to faces that are vegetable-colored. It's been known that people who eat diets higher in pigmented antioxidants called carotenoids have a more yellowish skin color. High levels of carotenoids are found in carrots, tomatoes, sweet potatoes and leafy greens. (In fact, if you eat enough carrots, you'll become positively orange

.) A more purple facial color indicates a lower level of carotenoids, which has been linked to more infection and greater risk of mortality. Previous experiments have found that people prefer yellowish faces over purplish ones. However it wasn't clear whether this was because facial color served as a marker of health status, or because participants simply preferred the colors aesthetically. To answer that question, a British research team gathered 56 participants in the lab. Half were shown photos of Caucasian faces, skewed to be either yellow or purple, and the other half viewed the same color tones but in scrambled images of those faces. Researchers found that participants rated yellowish faces as more attractive than faces with unhealthier color. But participants who saw scrambled images showed no preference between the two color palettes. Thus it appears that the yellow color of faces is attractive for its message about a person's underlying health, "not because of a sensory bias towards yellow colours," write the authors

in Biology Letters. Something to consider the next time you are trying to impress that special someone: a can of V8 may go a long way. Image by Lucky Business / Shutterstock