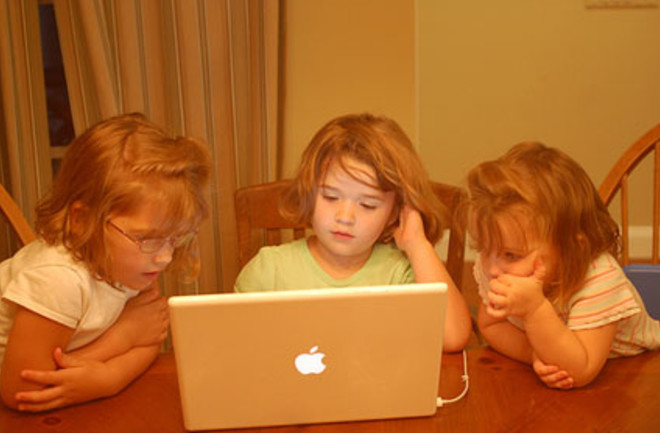 A small town in Ontario has come down with a bad case of technophobia. The majority (88 percent) of an Ontario school's parent group (which has 210 members) voted that they want the wireless Internet at their children's school shut off, the group said in a press release:

"After learning the whole story about how risky WiFi is, parents voted to protect their children's health and plug the computers back in with hardwires," said Andrew Couper, a member of the elected School Council.... "This is something every school council across Canada should be questioning."

After the wireless was installed, the parents of Meaford, Ontario say their children began complaining about symptoms ranging from headaches to nausea, which the children said struck while they were at school. In my day we called this illness "school-sucks-itis". Well played, kids. While the parent's informal poll has made the news, the real decision lies with the Bluewater District school board. Couper said that the school trustee told him the decision process could take years, but the parents can present their views at the school board meeting next month. The board spokesperson didn't express any opinion about the parent's vote. The Medford, Ontario school is only the latest in a string of schools who have considered banning wireless internet, said CBC News

Health Canada issued an advisory in August, when the issue initially surfaced, stating that wireless internet is not harmful to anyone's health. "Health Canada continues to reassure Canadians that the radiofrequency energy emitted from Wi-Fi equipment is extremely low and is not associated with any health problems," the statement said. "Based on scientific evidence, Health Canada has determined that exposure to low-level radiofrequency energy, such as that from Wi-Fi equipment, is not dangerous to the public."

If only Ferris Bueller's school had WiFi, it could have saved him a lot of the trouble he went through (clammy hands, etc.) in order to ditch. Related content: Discoblog: Worst Science Article of the Week: Use a Cell Phone, Damage Your Baby

Discoblog: Death by Wifi? Wireless Medication Implant Could Get Hacked

80beats: Super Wi-Fi: Coming Soon to Airwaves Near You