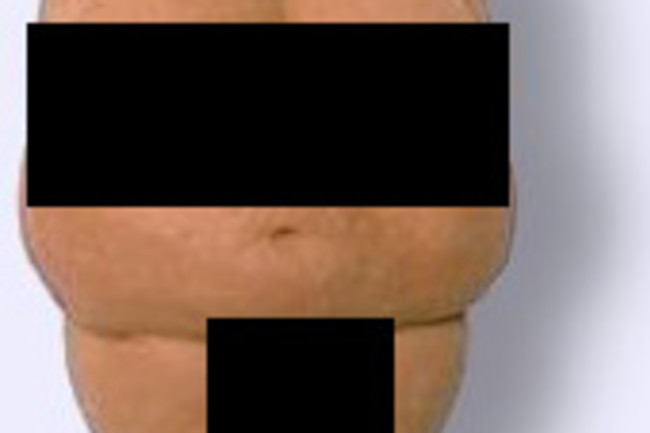 To investigate the genetic architecture of severe obesity, we performed a genome-wide association study of 775 cases and 3197 unascertained controls at 550 000 markers across the autosomal genome. We found convincing association to the previously described locus including the FTO gene. We also found evidence of association at a further six of 12 other loci previously reported to influence body mass index (BMI) in the general population and one of three associations to severe childhood and adult obesity and that cases have a higher proportion of risk-conferring alleles than controls. We found no evidence of homozygosity at any locus due to identity-by-descent associating with phenotype which would be indicative of rare, penetrant alleles, nor was there excess genome-wide homozygosity in cases relative to controls. Our results suggest that variants influencing BMI also contribute to severe obesity, a condition at the extreme of the phenotypic spectrum rather than a distinct condition.

As I'm sure you know, some traits, like pigmentation, are controlled by variation on a few genes, a half a dozen. For example, one locus, SLC24A5 controls 25-40% of the complexion variation between Europeans and Africans, and can account for he same proportion of complexion variation among South Asians. By contrast, variation in height is explained by genes of much smaller effect, excepting distinct phenotypes such as dwarfism. These data reiterate that though genes such as FTO are of particular interest in relation to variation in body mass index should probably be viewed as a quantitative trait, whereby the obese are simply at the "tail" of the distribution which emerges in response to a particular environment. This is what I mean (these are not real distributions!): 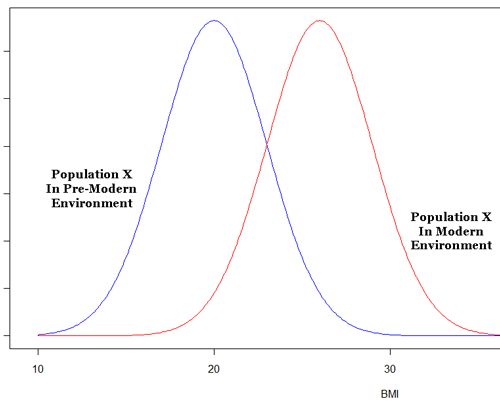