None dare call it eugenics!

Well, almost no one:

"The unspoken central reason for the societal taboo and the penal ban on incest is the possibility of hereditary defects -- a factor that Strasbourg only hinted at. But the intention behind the eugenic argument is one that is indefensible, and not just in Germany with its terrible Nazi past: The increased risk of hereditary defects does not justify a legal ban. Otherwise you would have to legally ban other risk groups, like women over 40 or people with genetic diseases, from having children. Does anyone truly want to prevent predictable disabilities using penal measures and thus deny disabled children the right to life in 2012? That's absurd. And yet such fears of genetic damage are precisely what shape the punishibility of sexual intercourse between siblings." 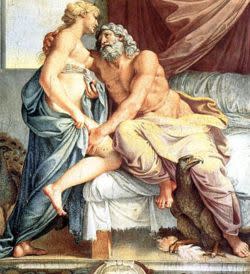 There are a set of arguments against near relation incest which strike me as generally ad hoc. And there's social science to back that up. Incest is reflexively disgusting to most people (depending on how it is categorized). But disgust alone is not a sufficient grounds for banning a practice in educated circles today, so people create rationales after the fact. David Hume would not be surprised. Of course on purely genetic grounds there are serious reasons to ban procreation between first degree relatives. For example, of the four children of this particular incestuous couple, two are routinely described as "disabled." Several of Elisabeth Fritzl's children have congenital defects. The genetic reason for this is pretty obvious: first degree relatives have a very high likelihood of sharing the same deleterious alleles which express only in a recessive manner. All humans carry a particular mutational load. But near relations tend to carry correlated mutations. So offspring between near relations naturally express these mutations in deleterious or lethal form far more often than any two random pair of individuals would. But let's think about this logically. What about a couple where both carry a Tay Sachs allele. The couple is pro-life, and do not wish to make recourse to pre-implantation genetic diagnosis (embryo screening). Genetic counselors tell them there is a one out of four chance that their child will manifest Tay Sachs. They decide to have children anyhow. This case is arguably riskier than the pairing of first degree relatives. Though there is a three out of four chance of a perfectly healthy individual, there is a one out of four chance that the child will die very young, and painfully. Should we ban the marriage of people who carry these genes, exhibit these attitudes, and express the goals of having children? It is famously well known that the Orthodox Jewish community encourages genetic screening to prevent the tragedy of Tay Sachs children. I would not shed a tear if no Tay Sachs children were born into this world. I am also willing to go on the record that society should intervene to a reasonable extent to make it so that no children with Tay Sachs are born (e.g., genetic screening, subsidized pre-implantation genetic screening for candidate parents). In our age there is a very strong attachment to the idea that parents, and more precisely individuals, have a right to their own reproductive choices. The question always ends: where do we draw the line if we curtail these freedoms? We won't know where we draw the line until we start actually having the discussion, and move these concerns out of the inchoate shadows. As a society we don't agree when human life begins. But we agree that an infant is a human. I believe we should begin to consider the potential suffering that these infants may reap from the choices of their parents, and the liberty which we as a society grant them.