Nobody Panic: Wearing Sunscreen Is Unlikely to Be a Cancer Risk 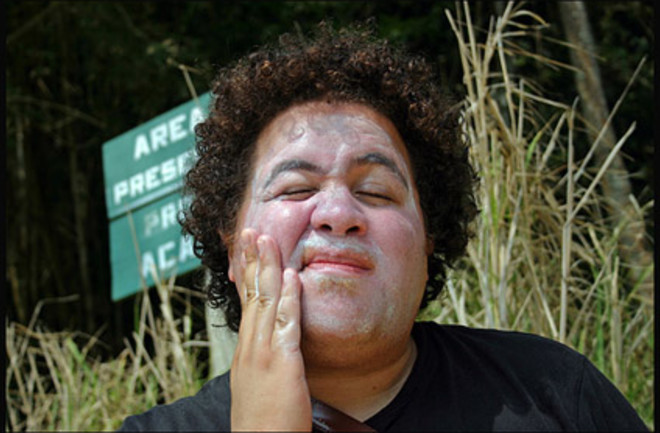 Remember the sunscreen speech? The Chicago Tribune column, which became an urban legend and then a bizarre spoken word hit for Baz Luhrmann, began

If I could offer you only one tip for the future, sunscreen would be it. The long-term benefits of sunscreen have been proved by scientists, whereas the rest of my advice has no basis more reliable than my own meandering experience.

But is even this sage advice subject to the "it'll cause cancer, no wait, it'll cure cancer" back-and-forth that plagues medical studies? Reading some headlines today, you might think so. Don't toss out your tube of Banana Boat just yet, though. The non-profit Environmental Working Group released another of its reports on the sunscreen industry

, coming down hard on the chemicals it uses and the claims it makes in its advertising. Some stories about the report drew headlines like "Sunscreen May Hurt, Not Help

;" "Your Sunscreen May Give You Cancer: Study

;" and "Study: Many Sunscreens May Be Accelerating Cancer

." EWG's report claims that a Vitamin A compound called retinyl palmitate, used in some 40 percent of sunscreens, breaks down and causes skin damage under exposure to sunlight. The report cites research done under the Food and Drug Administration. But, according to dermatologist Henry W. Lim of Henry Ford Hospital:

These claims, says Lim, are based on a study in mice, which are far more susceptible to skin cancer than humans. "It's dangerous to apply a finding in mice to humans, and I've spoken with a number of my colleagues about this and we all agree that it's very premature to even cast doubt about the safety of this chemical." The EWG also flagged products with oxybenzone, which it calls a "hormone-disrupting" compound. This, too, is based on mice data, says Lim; the animals were fed significantly greater amounts of the chemical than what's commonly applied in sunscreen. Other research found no significant changes in blood hormone levels in human volunteers who were told to apply sunscreens containing oxybenzone every day for two weeks [U.S. News & World Report].

I called up dermatologist Darrell Rigel at New York University, who argues that since Vitamin A is used in skin cancer treatment

, the claim that it's a cancer-causer is a dubious one. As the old graduation speech notes, the benefits of sunscreen have been shown for the millions of people who've used it to protect their skin for the last quarter-century. Rigel's worry is that cancer fear-mongering would lead people to go without sunscreen this weekend and throughout the summer, subjecting themselves to damaging burns. "That's what the real danger is," he says. Besides, the Vitamin A compound isn't the whole story. Back to Dr. Lim:

Interestingly, the EWG gave its green or favorable rating only to products that contain zinc oxide or titanium dioxide, two blockers that don't get absorbed into the skin and are considered pretty innocuous. But Lim says that some dermatologists have expressed concerns about the use of these compounds in people who have inflammatory skin conditions like eczema. Tiny cracks in the skin of people with eczema could allow these compounds to enter the bloodstream [U.S. News & World Report].

So do pay attention to the ingredients if you have skin conditions. And if you'd prefer find a sunscreen without the Vitamin A ingredient anyway, the EWG's database

can give you a hand with that. Just don't stop wearing sunscreen, please. In fact, use more: The EWG reinforces some helpful points we already knew, including that high SPF numbers can lead people into a false sense of security so they don't use enough sunscreen, or don't reapply it when necessary. In addition, they argue, sunscreens should come with more information about their ability to block UVA radiation, and not just UVB.

This is partially the fault of the FDA, which has promised--and failed to deliver on--regulations for sunscreen. The organization claims that regulations might be issued as soon as next October, but manufacturers will have at least a year to comply [Fast Company].

Finally, the EWG reminds the public that sunscreen shouldn't be a primary protector—that is, don't stay out shirtless all day in the blazing heat because you slathered on some SPF 45 in the morning. Related Content: DISCOVER: The Biology of Sunscreen

Discoblog: Sunscreen: Healthy Habit for You, Bringer of Death for Coral Reefs

Discoblog: Lather Up: New Sunscreen Could Be Inspired By Hippo Sweat