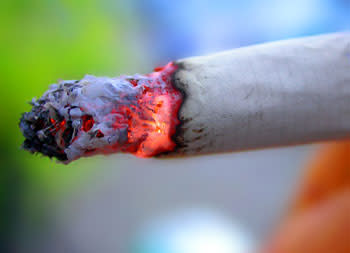 What's the News: Epidemiologists have long noticed that people with drug addictions often start out smoking cigarettes before moving on to harder stuff. Whether that's because there's something about cigarettes that makes people vulnerable to other drugs or because certain kinds of people are predisposed to addiction (or for some other reason entirely) is an open question, and the idea of so-called "gateway drugs

" has been a controversial topic in addiction for years. Now, an elegant new study in mice has discovered a mechanism that could explain the gateway drug effect: nicotine actually changes the expression of genes linked to addiction