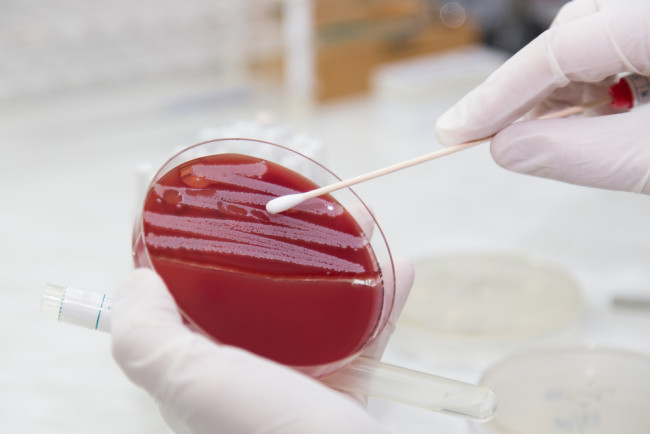 In the fight against infectious bacteria, humans are slowly losing the battle. That’s because common pathogens are developing resistance to the antibiotics we use to wipe them out. By 2050 it’s expected that, globally, drug-resistant infections will kill more people than cancer. However, the fight is far from over. Researchers have discovered a potential new class of antibiotic that’s a triple threat: it obliterates many types of drug-resistant bacteria, it’s safe in mammals, and enemy cells weren't easily able to develop resistance to it. And the microbes that produce it were discovered in the soil of one of the study authors' backyards.

Digging in the Dirt

Through billions of years of evolution microbes have evolved to produce a variety of antibiotics to battle their fellow bugs. And in the past, studying chemicals excreted by microbes has been a fruitful path to discovering new antibiotics. But astonishingly, microbiologists only work with about 1 percent of the microbial species found in the wild; the other 99 percent are finicky and refuse to grow in the lab. That's part of the reason researchers haven’t discovered a new class of antibiotics in almost 30 years. In this latest study, the scientists found a clever workaround. They collected soil samples and used a device called an iChip to isolate single strains of bacteria. Then, rather than raising them in the lab, researchers put the bacteria back in the ground to replicate. They screened more than 10,000 of these isolated bacteria samples to see how they performed in battling Staphylococcus aureus. And the runaway winner — a bacteria named Eleftheria terrae — was found to use teixobactin as its secret weapon.

Teixobactin wages an attack against the cell walls of targeted bacteria to kill them. It’s the same method of extermination used by another antibiotic called vancomycin, which was discovered in 1953. Vancomycin was an old stand-by, but bacteria resistant to vancomycin eventually emerged about 40 years after its discovery. However, the specific way teixobactin attacks its enemies’ cell walls led researchers to believe it’s unlikely that bacteria will develop resistance to teixobactin in 40 years — if at all. As encouraging as teixobactin was in the petri dish, the true test was whether it could perform safely in an animal. Researchers gave mice a nearly fatal infection of a drug-resistant form of MRSA (

. An hour after infection, they injected mice with a dose of teixobactin, and every single treated mouse survived. Researchers published their findings Wednesday in the journal Nature.

A Dose of Hope

The discovery of new antibiotics has stalled in recent decades, so teixobactin is a welcome newcomer to a beleaguered field. However, we won’t know whether teixobactin will emerge as a champion until rigorous clinical trials are performed in the future. Regardless, researchers’ new method of growing and studying previously unculturable soil bacteria is a new twist that could reignite the search for novel antibiotics. In fact, researchers believe there are many more antimicrobial candidates hidden in the dirt. Scientists will just need to get their hands dirty to turn the tables on our microbial foes.