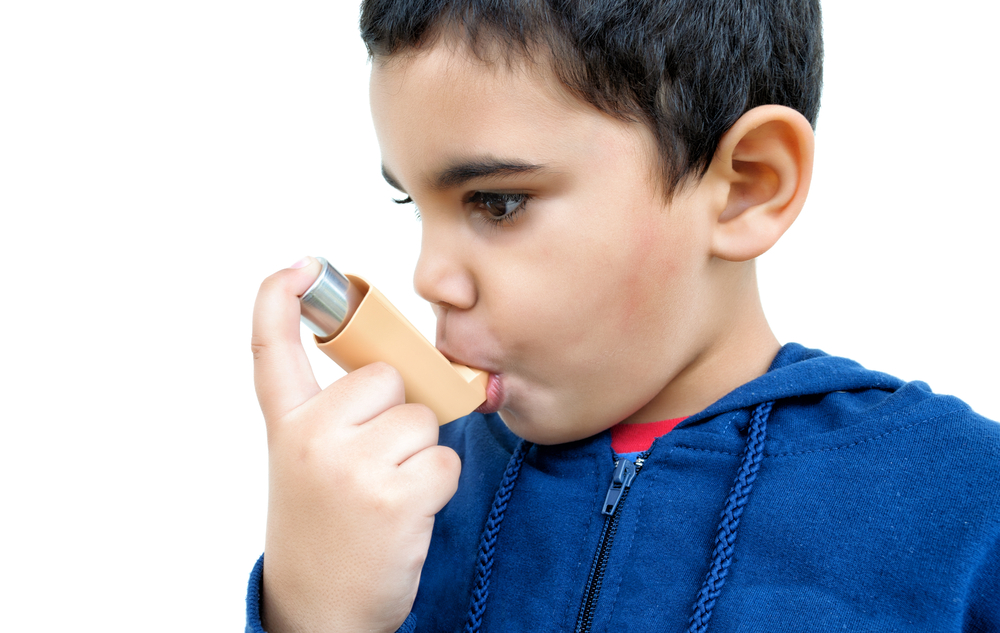 In the last 30 years, the number of people with asthma has risen sharply in Western countries like the U.S. and Canada. Today, it’s the most common pediatric disease in the developed world, affecting over 300 million people worldwide – and now researchers say it may be influenced by four bacteria that live in our intestines. Asthma is an immune-mediated illness, which means that it happens because something is wrong with the body’s normal immune response, but doctors aren’t entirely sure what causes it. Like other immune-mediated illnesses, asthma is partly genetic, but environmental factors also play a big role in whether someone develops the disease. Experiences like being born by Cesarean section, having several courses of antibiotics as a baby, or living in the city, seem to put people at greater risk for developing asthma. According to one explanation, the microflora hypothesis, these experiences can harm the population of microbes that live in our intestines, many of which help us stay healthy. “All these are smoking guns to indicate the microbiota may be involved in it, but there were no experiments to prove it,” said researcher Brett Finlay during a press conference Tuesday. But now he and his colleagues at the University of British Columbia say they’ve found evidence: infants who later developed asthma had lower levels of four types of gut bacteria. They published their results in the journal Science Translational Medicine.“High Risk” Infants It’s the largest study of its kind so far, involving 319 children over a period of five years. Doctors took stool samples from the children at three months of age, and again at one year of age. The children also got detailed clinical checkups at one year of age, and again at three and five. Researchers compared those clinical exams to the stool samples taken previously, looking for connections between the microbes in the stool and the children’s later health. At three months old, 22 of the infants in the study had a high risk of developing asthma; they already tended to breathe with a wheeze and showed positive results on a skin allergy test. When tested for asthma at age 3, those “high risk” babies were 21.5 times more likely than normal infants to be diagnosed with asthma. And at three months old, the infants with higher asthma risk also had lower levels of four types of gut bacteria: Lachnospira, Veillonella,Faecalibacterium, and Rothia. By the time the kids were a year old, however, their gut bacteria populations looked no different from those of the normal infants. Researchers say that points to a window in early childhood when the immune system is developing, and changes gut bacteria can make a huge difference in later health. “In that first 100 days, the structure of the gut microbiome seems to be important in influencing the immune responses that cause or protect us from asthma,” said pediatrician and researcher Stuart Turvey. The Bacteria in Your Intestines It may seem strange that microbes in the gut could influence an illness in the lungs, but it turns out that digestive tract has a surprising effect on how the body sets up the rest of the immune system. “The data is really showing showing that the immune system gets itself set up in the gut, and that influences how it works everywhere else in the body,” said Turvey. “And it is also coming to be thought that the gut microbes are really influencing all this, and there's a really early dance in the gut that affects other systems elsewhere.” One of the ways gut bacteria can affect our health is producing chemicals that influence how the immune system functions. For instance, some types of bacteria produce a chemical called acetate, which helps protect against airway inflammation by stimulating the cells that prevent certain immune responses. The researchers found lower than normal levels of acetate in the stool of the at-risk infants, which they say means that the reduced population of bacteria has a real effect on the immune system. Unfortunately, researchers don’t yet know much about these four bacteria in particular, because doctors have only shown much interest in non-disease-causing bacteria in the last few decades. “None of them are associated with disease; they are known inhabitants of different parts of our gastrointestinal tract. We are just starting to do analysis and learn more about them,” said researcher Marie-Claire Arrieta. And the more scientists learn about our native microbes, the more apparent it becomes that it’s important to take care of them. “We need to revisit our relationship with bacteria,” says Turvey. “The clinical relationship has often been that bacteria are bad, and we should kill them with antibiotics. And this study and others like it emphasize that we have evolved with bacteria and they are really important for our health.”