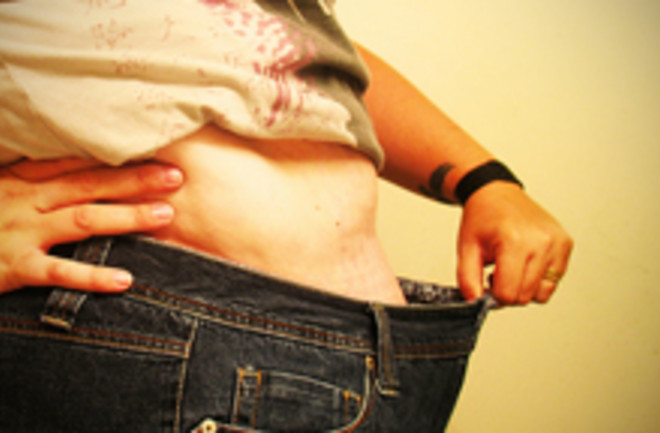 Why do some people never get fat, while most of Americans do? Sure, one can blame eating too much popcorn and junk food and not getting enough exercise for the extra weight—but our eating habits may not be the only factor that determines our chubby destiny, argues University of California, Irvine’s Bruce Blumberg. There’s growing evidence that our exposure to plastic compounds —specifically obesogens—can disrupt the body’s metabolism, enough to make us gain weight. Planet Green reports:

No one's blaming these compounds for the country's entire obesity epidemic—fast food and lack of exercise are not off the hook—but emerging research points to them as one cause of the unexplained tendency for some individuals to gain weight no matter what (or how little) they eat or how much they exercise. Obesogens seem to have the ability to disrupt the fundamental rule of weight management and body chemistry: weight gain occurs when calorie consumption exceeds the amount of energy burned.

It’s all about the timing and the amount of exposure to the plastic. Preventing adult weight loss might be too late, if it’s really childhood exposure to plastics that leads to a lifetime of weight problems.

In 2006 scientists at the Harvard School of Public Health reported that the prevalence of obesity in infants under 6 months had risen 73 percent since 1980. "This epidemic of obese 6-month-olds," as endocrinologist Robert Lustig of the University of California, San Francisco, calls it, poses a problem for conventional explanations of the fattening of America. "Since they're eating only formula or breast milk, and never exactly got a lot of exercise, the obvious explanations for obesity don't work for babies," he points out. "You have to look beyond the obvious."

While plastics appear to be linked to obesity, scientists aren’t exactly sure how yet. In the meantime, it doesn’t hurt to exercise and eat right, minimize your exposure to plastics, and yes, hope that you have the skinny gene. Related Content: DISCOVER: The Dirty Truth About Plastic