New, Low-THC Marijuana Should Relieve Pain Without the High 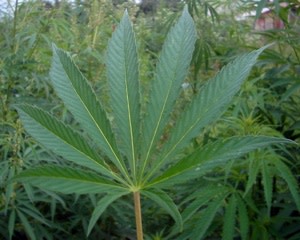 , has earned some respectability with its growing reputation as a pain reliever

for those who suffer from cancer, multiple sclerosis, and other ailments. And now, cannabis’s seedy reputation may go entirely to pot: a new strain called Avidekel preserves the drug’s medical properties but does not get users high. The effects of various breeds of marijuana depend on their balance of the chemicals called cannabinoids. One cannabinoid, called tetrahydrocannabinol

or THC, acts on the brain’s cannabinoid receptors to create the sensation of being high. While this feeling is the goal for recreational users, it can be an unwanted side effect for patients who smoke medical marijuana to relieve their pain and then find themselves unable to work, run errands in a car, or function normally until the drug’s effects wear off. The primary reason these users turn to marijuana in the first place is a different cannabinoid, called cannabidiol

, which reduces inflammation without any psychoactive side effects. Israeli company Tikun Olam (Hebrew for "healing the world") grows medical marijuana, and has been breeding their crop to reduce the levels of psychoactive THC while maintaining the anti-inflammatory cannabidiol. Their work culminated in Avidekel, a marijuana breed containing 15.8 percent cannabidiol but mere traces of THC. Although Avidekel has been approved for medical use, its psychoactive properties---or lack thereof---have only been tested in mice. Clinical trials in humans are still in the works, and may allow researchers to prove that the strain can decrease the buzz of pain without giving an actual buzz. [via Wired Science