New HIV Strain Came to Humans from Gorillas, Not Chimps 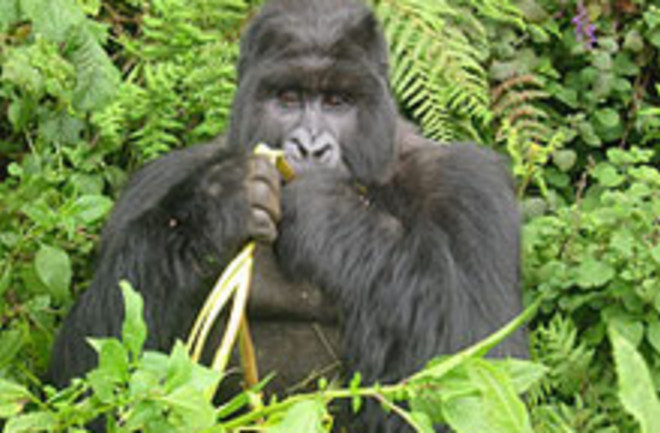 In the first known case of its kind, scientists have identified a strain of HIV that can be traced to gorillas, not chimpanzees, according to a report in Nature Medicine. The new strain was detected in a Cameroonian woman living in France. Previous strains of HIV virus type 1, the main type of the disease, have been shown to have arisen from chimpanzees, and researchers found that the new virus is dissimilar enough from previously known strains that it cannot be detected by standard HIV tests. After genetic analysis, scientists also found that the infection is closely related to gorilla simian immunodeficincy virus, or SIVgor, the gorilla version of HIV.

Genetic analysis of the woman’s virus shows that it is so closely related to SIVgor that “the most likely explanation for its emergence is gorilla-to-human transmission" [Bloomberg],

"This demonstrates that HIV evolution is an ongoing process. The virus can jump from species to species, from primate to primate, and that includes us; pathogens have been with us for millions of years and routinely switch host species" [BBC News],

, Robertson says. Scientists say the Cameroonian woman likely is not the only human infected with the strain.

"The human case described here does not seem to be an isolated incident, as before coming to Paris the subject had lived in the semiurban area of Yaounde, the capital of Cameroon, and reported no contact with apes or bush meat," the researchers said [CNN].