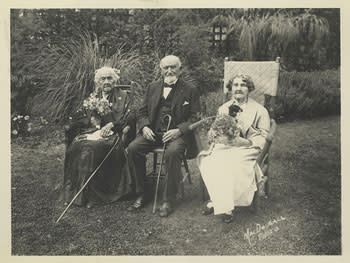 Insight into long life is one of the new prize's goals.

: $10 million for sequencing 100 human genomes in 10 days for $10,000 apiece, to be kicked off in 2013. The idea was to spur innovation in technology by asking the (currently) impossible, the hallmark of the X Prize Foundation

. But while sequencing has gotten cheap, it hasn't gotten all that much faster in the last five years, and none of the eight teams

who signed up have ever gotten to the point where such a short time span could be feasible. So, Archon and Medco, the two companies funding the competition

at the cheapest.) The new version of the competition, which will kick off on January 3, 2013, also has clearer standards for judging: the genomes have to be 98 percent complete and have no more than one error per million nucleotides

. And this time around, they have to be the genomes of old folks---seriously old folks. The foundation is currently recruiting 100 centenarians who will provide samples to the competitors, and the hope is that the competition's byproducts will include not only revolutionary sequencing technology but insights into the genetics of longevity. No one's promising a miracle on that front; longevity is hugely complicated

, and understanding it will require more than a string of DNA bases. But the set up alone is great. Picture a hundred people who were born 40 years before the double helix was discovered

listening to an eager scientist explain why they really (really!) need to spit into this vial. [via ScienceInsider