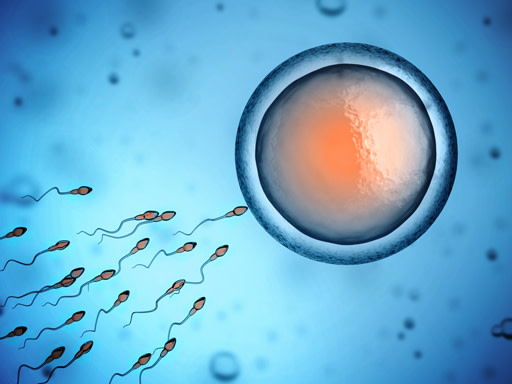 One tiny sperm is enough to make a baby, so coming up with a male contraceptive is tricky. It has to be 100 percent effective---which is just what researchers have now achieved in mice. Most previous attempts at making a male contraceptive have aimed at producing dysfunctional sperm, but the results have been mixed, and often have unpleasant side effects like a reduced sex drive or permanent infertility. These outcomes, for most men, are unacceptable. So this time researchers have taken a different approach. Instead of interfering with sperm production, they decided to block sperm transportation.

Scientists deleted the genes in male mice that code for production of two particular proteins. These proteins, α1A-adrenergic and P2X1-purinoceptor, are receptors that trigger the contraction of the muscles surrounding the vas deferens, causing the sperm to move from the testes into the penis during ejaculation. Without these two proteins, the muscles didn't contract and the sperm didn't leave the testes. As a result, the mice shot blanks. The study reported the male mice were 100 percent infertile without losing any of their sex drive or ability to perform. Plus, the sperm themselves were unaffected. Researchers extracted sperm from the mice's testes after the study and found they could fertilize eggs in a petri dish just fine.

The Pill for Men

Since these mice were genetically modified, their infertility was permanent. But a duo of drugs could reversibly produce a similar effect in men. One such drug, an adrenoceptor-blocker, already exists. It is a commonly used treatment for high blood pressure and benign prostate hyperplasia. But the researchers will have to concoct the second drug from scratch, which could take a decade, according to the study published in Proceedings of the National Academy of Sciences yesterday. In terms of side effects, the mice showed a slight decrease in blood pressure. This is because the proteins, in addition to contracting the vas deferens, also play a role in constricting blood vessels. That means that administering a protein-blocking drug to humans could potentially have side effects on blood pressure and heart rate too. But time and drug testing will tell.  Image credit: koya979/Shutterstock