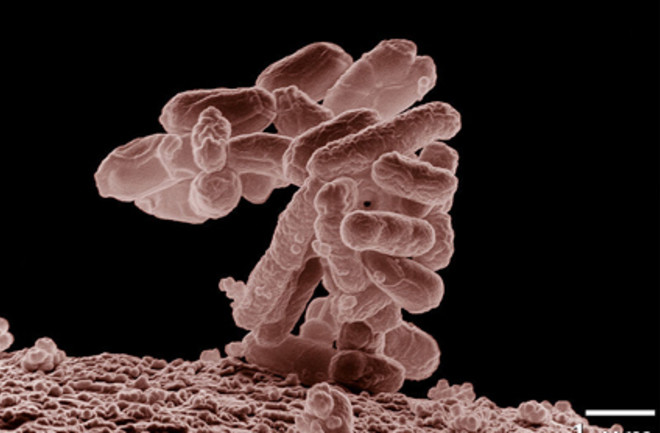 The antibiotics-resistant superbug that emerged in South Asia appears to have claimed its first life. According to doctors who treated a man in Belgium, he went to a hospital in Pakistan after a car accident, and there he picked up the bacterial infection. While the man died back in June, his doctors announced today that he carried the superbug. This new health scare intensified this week after researchers published a study in The Lancet Infectious Diseases characterizing "a new antibiotic resistance mechanism" in the U.K., India, and Pakistan. How bad is this "mechanism?" It's bad: The problem isn't a particular kind of bacteria. It's a gene that encodes an enyzme called New Delhi metallo-lactamase-1 (NDM-1). Bacteria that carry it aren't bothered by traditional antibiotics, or even the drugs known as carbapenems deployed against antibiotic-resistant microbes.

The NDM-1 gene is a special worry because it is found in plasmids -- DNA structures that can easily be copied and then transferred promiscuously among different types of bacteria. These include Escherichia coli, the commonest cause of urinary tract infections, and Klebsiella pneumoniae, which causes lung and wound infections and is generated mainly in hospitals [AFP].

It's no worse than what we had before:Yes, NDM-1 is scary. But it's not unprecedented.

There are numerous strains of antibiotic-resistant germs, and although they have killed many patients in hospitals and nursing homes, none have yet lived up to the “superbug” and “flesh-eating bacteria” hyperbole that greets the discovery of each new one. “They’re all bad,” said Dr. Martin J. Blaser, chairman of medicine at New York University Langone Medical Center. “Is NDM-1 more worrisome than MRSA? It’s too early to judge” [The New York Times].

contends that the problem is not a serious problem for the West—at least not yet. The people in the most danger are patients in hospitals, The New York Times

says—especially ones with weaker immune systems. Could it happen anywhere?

India and Pakistan have developed some excellent hospitals and surgeons that provide medical care and surgical procedures, especially elective procedures, more cheaply than they are available in the West. But the overuse of antibiotics among the larger population leads to the development of resistance, and those organisms can make their way into even the best hospitals [Los Angeles Times].

Indians, however—cognizant of the bad press that comes with having a medical scare named after one's capital city—have fought back against the idea that their practices brought on the emergence of a superbug.

“Several superbugs are surviving in nature and they have been reported from countries like Greece, Israel, the U.S., Britain, Brazil,” and elsewhere, V. M. Katoch, director general of the Indian Council of Medical Research in New Delhi told India Real Time. “It’s unfortunate that this new bug, which is an environmental thing, has been attached to a particular country” [Wall Street Journal].

Related Content: DISCOVER: Promising Antibiotic Could Spawn the Next Superbug