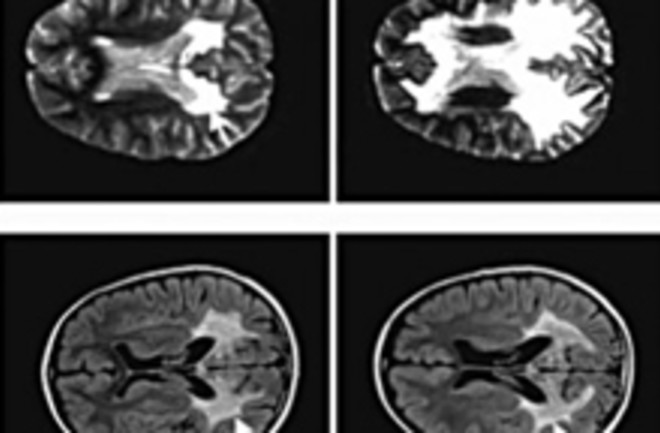 Researchers may have taken a step towards curing the rare, inherited brain disease made famous by the movie Lorenzo's Oil--and also towards ushering a new era of gene therapy. To help two young boys suffering from the disease, researchers tried an experimental treatment using a deactivated version of the HIV virus. The virus delivered working copies of a gene to stem cells from the patients' bone marrows. The HIV

virus, stripped of genetic material that makes it toxic, integrates permanently into the DNA of cells it enters, scientists said. That means the modified gene remains in the blood-forming stem cells for the life of the patient [Bloomberg].

Adrenoleukodystrophy, or ALD, is a progressive disease characterized by the gradual destruction of the myelin sheaths that insulate neurons and nerves, allowing electrical signals to be transmitted through them. The disease is caused by a genetic defect, which prevents cells in the bone marrow from producing a crucial protein necessary for the formation of the myelin sheaths. Typically, children with ALD are given bone marrow transplants to provide them with healthy blood-forming stem cells, but in the two cases described in the study, no matching donors could be found. In the experimental treatment, described in a paper published in Science, researchers

took blood stem cells from the patients' bone marrow and used the new vector system to genetically alter them by inserting a working copy of the ... gene. The modified cells were then put back into the patients [Reuters].

The boys are now seven years old, and if the disease had continued on its course they would have been nearly dead by now. Says lead researcher Patrick Aubourg:

“They would now be unable to speak, to walk, to communicate, to sit, to eat. They would be in an advanced stage of the disease, in a vegetative state.... Instead they go to school. They live a normal life” [Wired.com].

Aubourg says brain scans of the two boys show the myelin destruction has come to a halt, and cognitive tests have shown no further deterioration over the course of several years. The tactic will be tested further to see if its beneficial effects extend to other patients, and the treated boys will also be monitored for any late-breaking side effects. So far the researchers have detected no ill effects, but they will be vigilant because

gene therapy is still best-known for its high-profile failures. In 1999, 18-year-old Jesse Gelsinger died during tests of a gene therapy for a rare metabolic disorder. In 2003, two French children receiving treatment for severe immune deficiencies developed leukemia. But with the recent success of a gene therapy for blindness, and the refinement of new, apparently more reliable methods, gene therapy may have turned a corner [Wired.com].