Narcolepsy May Be Caused by the Immune System Attacking Brain Cells 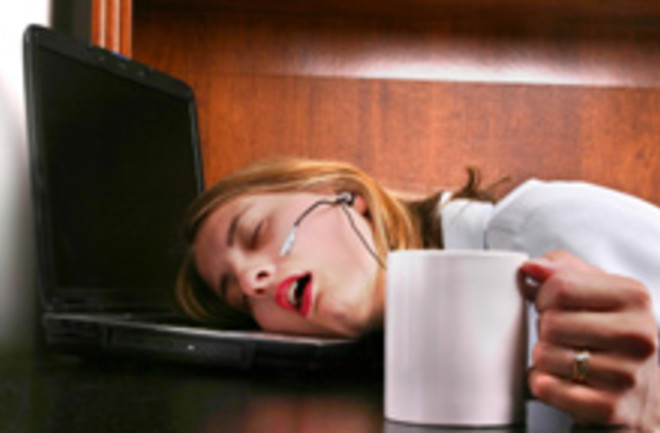 Researchers have found good evidence that the troubling sleep disorder narcolepsy is an autoimmune disease, in which the body's own immune system attacks healthy brain cells. A new study published in Nature Genetics

links narcolepsy to mutations of two genes involved in critical roles in protecting the body from disease. These two variations, they say, are likely conspirators against [cells that produce] hypocretin, a hormone that promotes wakefulness, and that narcoleptics have been found to lack [HealthDay News].

Narcolepsy is a disruptive disorder that can

trigger "sleep attacks" without any warning during any normal activity. In addition, some people can experience "cataplexy", where strong emotions such as anger, surprise, or laughter can trigger an instant loss of muscle strength, which, in some cases, can cause collapse [BBC News].

There is currently no cure for narcolepsy, although the symptoms can be largely controlled with a mix of stimulants and sleep-suppressing medications. Researchers have known for years that narcoleptics are more likely to have a particular version of genes called HLA that make key immune system proteins.

These proteins present small bits of invading microbes to [immune cells called] T cells, much like a handler waves a sweat-laden sock in front of a bloodhound. The proteins thus help T cells identify, track down and kill the foreign cells. In autoimmune disease, T cells may run amok, mistakenly attacking the body’s own, healthy cells [Science News].

The new study added to this knowledge by analyzing DNA from nearly 4,000 participants, all of whom had the HLA variant, but only half of whom had narcolepsy. Lead researcher Emmanuel Mignot found that the narcoleptics in the study also had a certain variant of a gene

that tells T cells--the immune cells that destroy intruders--how to react to the pathogens that HLA molecules bring them. The result indicates that T cells and HLA, which together regulate much of the body's immune response, gang up in a unique way to destroy narcoleptics' hypocretin cells.... The study doesn't explain why T cells target the hypocretin cells specifically, says Mignot. It also sheds no light on what triggers the attack in the first place, a mystery for most autoimmune diseases. "We don't know why bodies go haywire and start attacking themselves," he says. But Mignot hopes future studies will reveal the culprit [ScienceNOW Daily News].