Mozart Won’t Make Your Baby Smarter, But the Right Food Might 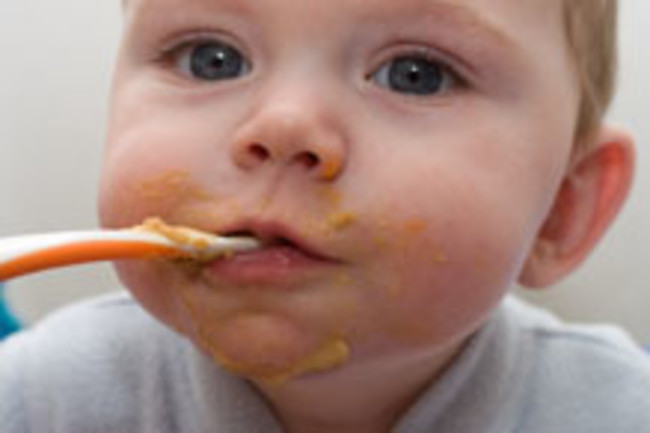 We've discussed how a mother's diet may influence her baby's sex. Now there's research indicating that a baby's diet may influence his or her future mental health and intelligence. Researchers for the Early Nutrition Programming Project (EARNEST) have found evidence that an infant's diet can permanently affect the child's future cognitive development, mental performance, and even susceptibility to mental illness. So far, the research team—put together in 2005 and made up of scientists from 16 European countries—has spent the last few years investigating the role of infant nutrition in developmental aspects like brain structure, verbal IQ, eyesight, and appetite regulation. Their "remarkable" findings have set the stage for the NUTRIMENTHE Project, launching this week, which will bring pediatricians, nutritionists, psychiatrists, and other specialists from eight European countries and the U.S. to start more comprehensive tests of around 120,000 children. In particular, the team will run epidemiological studies to determine what effects nutrition variations have on cognitive development levels (i.e., perception, memory, and intelligence), anxiety disorders, Attention Deficit Hyper Activity (ADHD), depression, and other mental illnesses. The project's plan is to test the longterm effects of early post-natal diet, as well as pre-natal diet—which means that what mothers eat around and during pregnancy might sway not only their baby's sex, but also his future brainpower and mental well-being. Which may put a lot of pressure on mothers, but it sure beats playing Mozart CDs next to your stomach.