Moving to a Better Neighborhood Can Be as Effective as Drugs in Preventing Obesity and Diabetes, Study Suggests 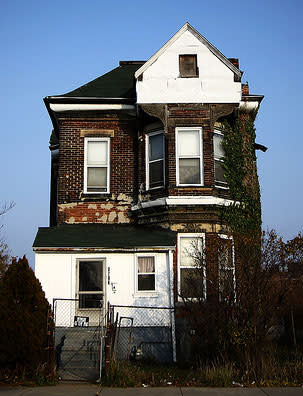 Researchers have long suspected that living in a bad neighborhood can be hazardous to your health---whether because of poor access to health care and a paucity of areas to exercise in and stores that sell healthy food, or some combination of other factors, living in a poor area means you have a disproportionate chance of becoming ill and obese. But how can you tell whether that effect is intrinsic to poverty, or whether it can be reversed if people move into more well-off neighborhoods? With a giant, long-term study that gives families in poor neighborhoods a chance to move to other areas. The results of such a study, conducted by the US Department of Housing and Urban Development, have now been published

, and they show that moving from low-income housing projects to a neighborhood with less than 10% of people living below the poverty line does have a positive effect on health. Measuring rates of obesity and of diabetes markers in the blood, they saw that people who had moved to low-poverty areas had significantly lower levels of both. “These are pretty big effects,” Jens Ludwig, the lead researcher, told ScienceNOW

, “comparable in size to the long-term effects on diabetes we see from targeted lifestyle interventions or from providing people with medication that can prevent the onset of diabetes.” But why this is happening is still not clear, ScienceNOW reports

The experiment clearly shows that the neighborhood effect is real, says Nicholas Christakis, a sociologist at Harvard Medical School in Boston who studies the effect of social ties on health, but the mechanisms remain murky. Is it the shops and restaurants, the parks and pools, he wonders, “or the people in a neighborhood that affect you most?” For example, Christakis says, the people who moved might have lost weight because safer streets and open spaces “allowed them to walk outside more, or because they saw thinner people around them, or both.”