Money can't buy you love, but it can reduce your pain. 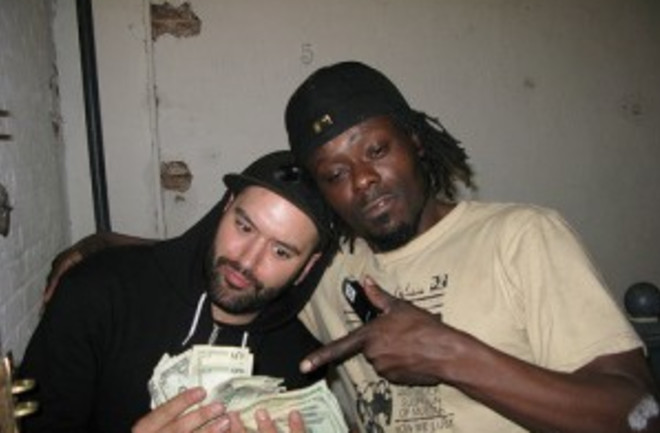 Photo: flickr/wellohorldEveryone knows that money can buy you pretty much anything. Well, here are two more things to add to the list: reduced physical pain *and* less social distress. In this study, the researchers had subjects count either paper or money, and just the act of counting money made the subjects less sensitive to subsequent social exclusion or physical pain (via dipping their hands in hot water). So, the next time you're feeling left out, just count your money. It might make people dislike you even more, but at least you won't mind!The symbolic power of money: reminders of money alter social distress and physical pain. "People often get what they want from the social system, and that process is aided by social popularity or by having money. Money can thus possibly substitute for social acceptance in conferring the ability to obtain benefits from the social system. Moreover, past work has suggested that responses to physical pain and social distress share common underlying mechanisms. Six studies tested relationships among reminders of money, social exclusion, and physical pain. Interpersonal rejection and physical pain caused desire for money to increase. Handling money (compared with handling paper) reduced distress over social exclusion and diminished the physical pain of immersion in hot water. Being reminded of having spent money, however, intensified both social distress and physical pain." Bonus quote from the full text: "Prior to coming to the laboratory, participants were randomly assigned to count money or paper. After completing the counting task (the same task as in Experiment 3), participants performed a pain-sensitivity task. In the high-pain condition, an assistant placed the participant's hand on a structure to support and immobilize it and then immersed the left index and middle fingers in water three times, once at 43 °C (baseline) for 90 s, then at 50 °C (very hot) for 30 s, and then again at 43 °C for 60 s. In the moderate-pain condition, the participant's fingers were immersed only in the water at the baseline temperature (43 °C), for 180 s. Afterward, participants used a 9-point scale to rate how painful this task had been. "

NCBI ROFL: Swearing as a response to pain.