Mining the Disease Database Coursing Through Our Veins

Doctors are on the verge of learning how to read the immune system’s language. 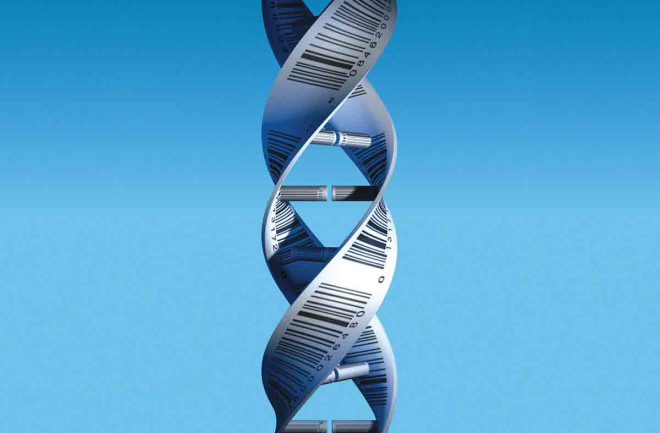 Imagine a world where annual checkups include not just temperature and blood pressure readings, but also a complete review of your immune system. Doing so would give doctors a good sense of your current health, including a history of your past infections, diseases and vaccinations. It could also provide a sneak peek at diseases already lurking, symptom-free, in your body. It makes today’s approach to preventive medicine seem like too little, too late.

The immune system can reveal so much because the cells that make it up are so diverse. A healthy human has millions of unique immune cells; many circulate in the blood and play major roles in the body’s response to foreign invaders. Each of these immune cells contains DNA that codes for a protein that recognizes bacteria, viruses, allergens, cancer cells and other potential disease-causing invaders. These DNA segments are like barcodes, unique and specific to different threats.

When a pathogen, such as the flu, enters the body, an immune cell with the barcode for flu recognizes it and mounts a response, getting the body to make more immune cells like it to help fight the virus. The harder the body has to work to fight off infection, the more the body creates immune cells specifically coded to that infection.

The diversity of all the different barcodes in a person’s body is called the immune repertoire. If we could learn to “read” these barcodes, the medical applications would be nearly endless. Diagnosing patients with vague symptoms would become much easier: Rather than try a litany of tests, the doctor would just look at the immune repertoire and find the matching disease. We could study exactly how the immune system responds to infection and vaccination. And doctors could track the progression of diseases in patients to see how well a treatment works. Ultimately, this means doctors could spot and begin to treat a disease before the patient even experiences symptoms, nipping it in the bud.

“Nearly every disease is linked to the immune system,” says Jian Han of the HudsonAlpha Institute for Biotechnology in Alabama. Medicine is finally on the verge of exploiting that connection.

Han is spearheading a project to sequence, or analyze, the immune repertoires of 10,000 people, representing 100 different diseases. By compiling that information, researchers hope to create a dictionary that allows them to figure out which bit of an immune cell’s DNA matches up with which disease, and even which ones correlate with health.

Han’s team has already sequenced the immune repertoires of thousands of people. In a preliminary analysis of 1,000 individuals, they identified 75 million unique barcodes. Most were “private,” found in just one person. But 19 percent were “public,” shared by at least two out of 1,000 people.

Just 0.01 percent of the identified barcodes were shared by more than 200 people. These are unlikely to be correlated with a specific disease because they are so common, Han says. Instead, he is looking at a way to use very public barcodes as a way to “diagnose healthy.”

Meanwhile, disease-specific barcodes are likely to be more rare, found in less than 10 percent of the population. It’s among these sequences that Han hopes to find useful diagnostic signatures for specific diseases.

Collaborators all over the world participating in Han’s project have sequenced over 5,000 individual immune repertoires from various diseases. It’s already helped identify barcodes for tuberculosis, Han says, though the early results still need to be confirmed.

Rather than take Han’s broader approach, Stanford University’s Mark Davis, director of the Institute for Immunity, Transplantation and Infection, is focusing on unraveling one specific piece of the puzzle: the immune response to flu vaccination. Davis says it will serve as a simple model that can be applied to other pathogens.

A vaccine works by triggering an immune response. Essentially, it mimics the disease so that the immune cells recognize it, and the body stocks up on the immune cells with a barcode specific for that disease. However, vaccines don’t always elicit that response, leaving the individual susceptible to infection. “We know that older people don’t respond as well to flu vaccination,” Davis says, but it’s unclear why. Understanding the body’s immune response to a given vaccine could help make better and more effective vaccines in the future.

To do this, Davis is sequencing the immune repertoires of individuals before, a week after and a month after receiving a vaccine. Essentially, he’s looking for immune cells with barcodes that proliferate in individuals with a good response, as opposed to those in whom the vaccine is ineffective.

Davis will use his findings to figure out a way to match specific immune cells to vaccine response. Researchers could then reverse-engineer barcodes for the vaccine, and thus the flu itself, as well as other diseases. Vaccine responses are a “good window” into the immune system, Davis says. He’s finishing up his study and plans to publish it later this year.

Staying Ahead of Disease

Meanwhile, Seattle-based Adaptive Biotechnologies has already seen results in its immune repertoire sequencing. The company is working on finding signatures of blood-based cancers, such as leukemia and lymphoma, in patients’ immune systems. Studying such diseases is a good first step because they are cancers of immune cells themselves, and it’s possible to analyze them with a mere blood sample. The goal is to be able to monitor treated patients for signs of relapse.

“The amount of information in the immune system is absolutely enormous. It has the potential to be the ultimate diagnostic."

Adaptive Biotechnologies’ first test, for lymphoid cancers, also determines whether a particular treatment is effective. From a simple blood draw, the test reads the DNA of the patient’s immune repertoire to find the immune cell barcodes associated with the cancer. If none of the cells codes for it, the body is finished fighting off the cancer, and the treatment was a success. The test can be run again every few months to check the immune system for signs of relapse.

This improves on current screening methods: A Lancet study last year showed that in 108 patients, the immune sequencing test could spot signs of relapse three to five months, on average, before the cancer was visible on a CT scan. That means doctors can start the next round of treatment that much earlier. Adaptive Biotechnologies plans to submit the test for FDA approval this year.

The company is also working on a similar test in solid tumors for early diagnosis of relapse, and is developing tests that will help diagnose some lymphomas that are notoriously tricky to detect.

“The amount of information in the immune system is absolutely enormous,” says Harlan Robins, Adaptive’s co-founder and chief scientific officer. It has the potential to be the “ultimate diagnostic,” he says.

But putting together the database of immune sequences and matching them with specific diseases will take time. Plus, the immune system and many pathogens are so complex, a single disease could spawn multiple barcodes. And the immune system is good at fighting off diseases itself, so simply having a disease signature does not mean you are destined to develop that disease.

Still, Robins says, “the field is moving so fast.” In just a few years, the immune system’s barcodes might be no more mysterious than the ones we see on drugstore shelves.

[This article originally appeared in print as "Fingerprinting Disease."]