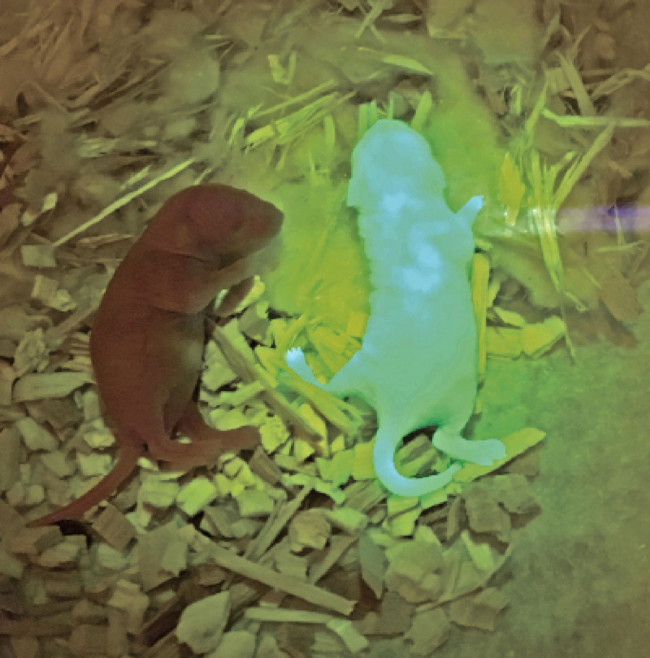 Researchers implanted 3-D-printed ovaries into sterile female mice that later gave birth. Eggs housed in the ovaries were engineered to glow green under certain light to make the pupseasier to spot. | Northwestern University

3-D printing is now tackling fertility. A team from Northwestern University showed that mice implanted with 3-D-printed ovaries can birth healthy offspring — a medical first that paves the way to scale up the bioprosthetics for humans.

The group printed the organs by overlapping pieces of biocompatible gelatin — think of stacking Lincoln Logs. Then, researchers inserted up to 50 follicles into each ovary. These structures produce hormones and also contain eggs. Next, they implanted two ovaries each in seven sterile mice, and mated them with male mice. After a normal gestation of roughly three weeks, three females gave birth to healthy litters.

The study, published in Nature Communications in May, also noted that the new moms lactated, evidence of the follicles’ normal hormone production. Though still a long way off, the team hopes similar methods for humans could allow cancer survivors facing chemotherapy-induced infertility to become mothers.