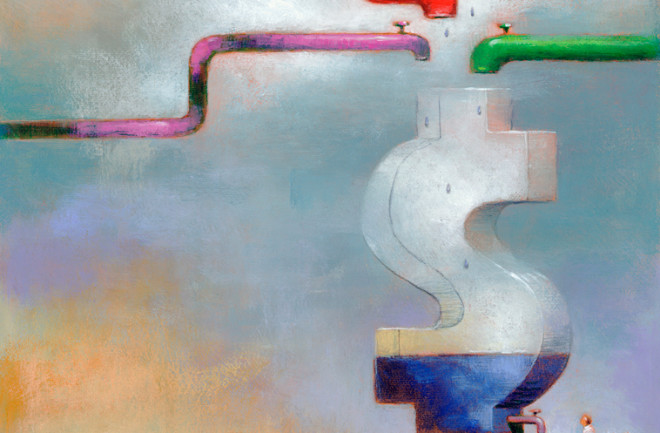 The current system of competitive grants to individual researchers is the best way to finance medical research.

Unorthodox methods emphasizing collaboration can be at least as beneficial as grants.

For nearly seven decades, federal agencies and many private funders have financed medical research through competitive grants to individual scientists who submit proposals for particular projects. This system is intended to match available funds with the best researchers and ideas.

But today’s competition for limited grant money encourages overly safe research, aimed more at producing positive results to bolster future proposals than at breaking new ground. The current system discourages high-risk, high-payoff science and the publishing of crucial but less grant-worthy negative findings, slowing development of medical treatments. Plus, scientists must spend time writing multiple detailed proposals, then wait months or years for approval before they can begin to test a particular hypothesis.

Perhaps most detrimental, says neurologist and neuroscientist S. Thomas Carmichael of the University of California, Los Angeles, the system pushes scientists into rivalry. They’re loath to share the creative ideas that no one else has and that could net them the next grant.

Instead of competition and secrecy, the Dr. Miriam and Sheldon G. Adelson Medical Research Foundation (AMRF) believes that collaboration and openness best fuel breakthrough science. The foundation’s innovative funding model upends traditional incentives. Rather than pitting scientists against each other, AMRF recruits and funds groups of top university researchers who agree to work as collaborators in solving two major medical problems: cancer and neural repair (which would benefit stroke and spinal cord injury victims).

At regular meetings, AMRF researchers discuss ongoing work, share ideas and data — including negative results — and adjust plans in light of any new developments. Streamlined application and approval processes cut the time and paperwork researchers must spend in search of grant money.

For scientists schooled in rivalry, “establishing the trust that your comrade wouldn’t run with your ideas or beat you to the punch … took a while, and a lot of team-building exercises,” recalls Carmichael, who leads AMRF’s neural repair program.

“But over time, it really worked, and then it released a huge amount of energy because we were now really collaborative. We could rapidly riff on each other with new ideas.” This has allowed “true discovery science,” producing fundamental advances in “understanding the molecular control of regeneration and how cells communicate to rebuild injured tissues,” Carmichael adds.

Researchers are free to publish their findings, and scores of AMRF-based articles have appeared in journals including Science, Nature, Cell, Neuron and others. “It’s not the most easy model to generalize because of the intensity, the focus needed to keep it going,” Carmichael says. But after the difficulties of the initial changes, he says, “I think it’s enormously successful.”