Marijuana Goes Legit, but the Future of Research is Hazy

The limited number of marijuana studies are inconclusive regarding the drug's safety and efficacy. 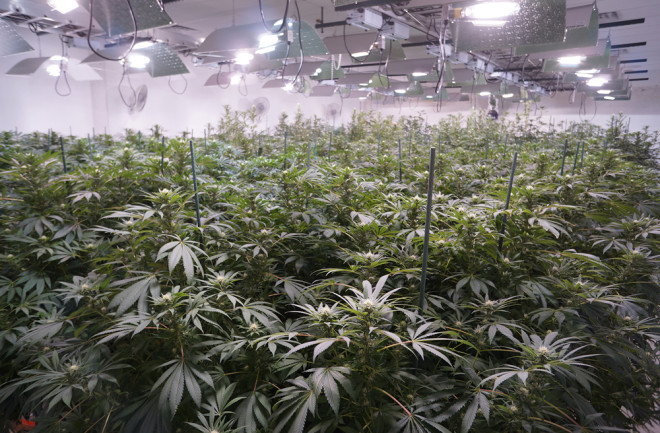 Thousands of plants crowd a grow room owned by Kindman, a Denver cannabis dispensary. In 2014, Colorado became one of the first states to legalize the drug. | Courtesy of Kindman

In 1969, Carl Sagan wrote anonymously that marijuana helped him reach “devastating insights.” If he were writing today, he might use his real name. The stigma of dope is seemingly going up in smoke — but there are still surprisingly few studies on the drug.

In 2014, Alaska, Oregon and the District of Columbia legalized recreational marijuana, and sales began in Colorado and Washington, which adopted similar measures in 2012. Twenty-three states now allow the use of medical marijuana. In a February poll by the Pew Research Center, a majority of Americans — 54 percent — said pot should be legal. Just four years ago, 41 percent supported legalization.

But the growing acceptance of marijuana has done little to ease research restrictions. The federal government still classifies pot as a highly restricted drug, and it can take years to secure approval for studies. Even in states where researchers can legally buy top strains like Ghost Train Haze at the corner pot store for their personal use, they must use a single federally approved strain for their studies. Yet that strain is low on a chemical credited with many of the plant’s touted medical benefits.

Philippe Lucas, vice president for research at Tilray, a medical marijuana producer in British Columbia, says America’s loss is Canada’s gain. There, a research project can use pot from a licensed producer.

So, is the ever-more-accessible drug safe to use? The few studies on marijuana yield no clear answer. Scientists have demonstrated that pot impairs driving, though other researchers say high drivers often compensate with added caution. Other studies suggest pot hammers short-term memory, and one found that frequent use can lower IQ, though it has received criticism for overstating the link. Research published in October suggests that regular pot smoking increases the risk of developing chronic bronchitis. As for marijuana’s widely touted medicinal benefits, the scant research in that area suggests that chemicals in pot called cannabinoids may reduce pain and inflammation.

The FDA is considering reclassifying weed into a less restrictive category. If it does, much of the red tape would vanish, and researchers could be able to use retail strains in their studies — and not just as a Sagan-esque aid to creative scientific thinking.