Marijuana for PTSD? That's Leaving Out a Lot of Steps 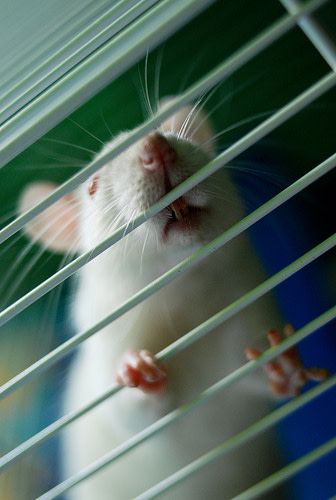 When rats were injected with a chemical similar to marijuana's main ingredient, THC, shortly after a undergoing a severely stressful event, they showed a significant reduction in symptoms like those seen in people with post-traumatic stress disorder. The study tested a synthetic cannabinoid called WIN 55,212-2, which was injected directly into the animals' amygdala, a brain region involved in the regulation of emotions like fear and anxiety. Timing was important. Rats given the drug two and 24 hours after the stressor—being forced to swim for 15 minutes—appeared less "traumatized" when tested a week later, compared with those given the drug 48 hours later or given no drug at all. While the study adds to the already large and complex pile of evidence that the cannabinoid system has a vital role in regulating emotions like anxiety, it's far from proving that cannabinoids will be useful for treating PTSD in humans. Unfortunately, virtually every story covering the study got it wrong by suggesting just that (e.g., "Marijuana blocks post-traumatic stress?" "Marijuana blocks PTSD symptoms in rats."). And many, if not most stories, confused the synthetic THC mimic studied with THC or marijuana itself. While WIN 55,212-2 binds to the same receptor as THC, CB1, it has a very different structure. This study adds to some previous ones suggesting that cannabinoids may help treat PTSD (as could other controlled substances like ecstasy, or MDMA), but there are still a lot of hurdles to cross before concluding this will lead to effective PTSD treatment. Reference: Eti Ganon-Elazar, Irit Akirav. Cannabinoids Prevent the Development of Behavioral and Endocrine Alterations in a Rat Model of Intense Stress. Neuropsychopharmacology, 2011; DOI: 10.1038/npp.2011.204