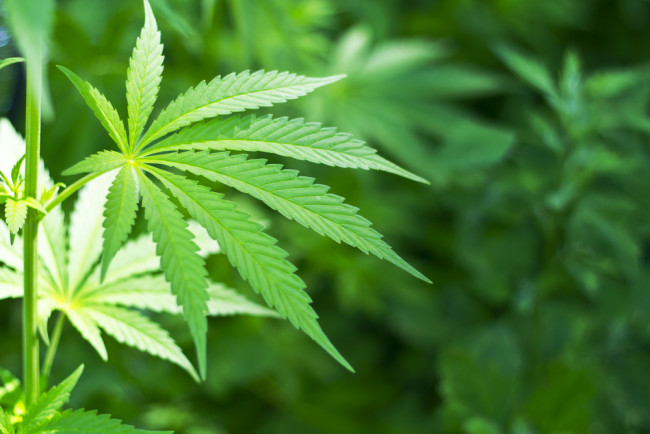 A new strain of marijuana has motivated hundreds of families with epileptic children to pack up and move to Colorado to legally obtain the drug. The jury is still out on whether this special pot strain does indeed have measurable benefits, or if it's even safe, but drug companies are racing to replicate its effects in pill form. The therapeutic pot strain, called Charlotte’s Web, is bred not have THC­—the active ingredient in marijuana. Its namesake is 5-year-old Charlotte Figi, a Colorado girl who has Dravet’s syndrome. Charlotte reportedly went from having 300 seizures a week in 2010 to being virtually seizure-free two years later after connecting with a nonprofit that grows and produces an oil infused with the special marijuana strain. Charlotte's story has renewed curiosity among researchers in a particular chemical in pot, cannabidiol (CBD), which could have anti-epileptic properties in humans.

CBD has shown some signs of promise of suppressing seizures in animals, but testing in humans is still in its infancy. A small number of case reports exist with conflicting results, and researchers have conducted just four placebo-controlled clinical trials that focused on CBD’s efficacy as a treatment for epilepsy. Three of the four trials reported at least some reduction of seizure occurrences, according to a 2014 review published in Drug Testing and Analysis. However, the trials only involved 48 patients in total, too small a group from which to draw reliable statistics. The first clinical trial conducted in humans, published in 1980 in the journal Pharmacology, is most frequently cited as evidence of CBD’s promise. Four out of eight test subjects that suffered from epilepsy remained nearly seizure-free throughout the 4-1/2-month experiment, while three others reported slight improvements. Additionally, people who took CBD didn’t report psychoactive side effects associated with smoking marijuana.The patients took the CBD in 200- to 300-milligram capsules once a day. Despite the lack of definitive evidence, the National Epilepsy Foundation came out Thursday to voice strong support for continued research of medical marijuana, encouraging lawmakers to continue to allow families to use marijuana as a treatment for their children.

This year will shift CBD research up a gear. In October 2013 the U.S. Food and Drug Administration ruled that clinical trials of CBD’s efficacy in epileptic children could move forward. Clinical trials of a drug called Epidiolex, which contains a purified form of CBD, started this month. The study will be conducted at five sites, each with 25 children who have epilepsy. Marcia Roberta Cillio, director of research at UC San Francisco, oversees one of the trial locations. She explained the research in a news release from UCSF:

“Studies in animal models have shows CBD works as an anticonvulsant, but this is just the initial exploratory step to determine whether further testing of CBD as an anticonvulsant is warranted, and how it will be conducted. Our current trial will hopefully lead to a placebo-controlled, blinded clinical trial in the types of epilepsy that respond best to CBD.”

Researchers hope to present initial findings by the middle of this year.