Lard Legacy: Does Your Diet Doom Your Child's Health? 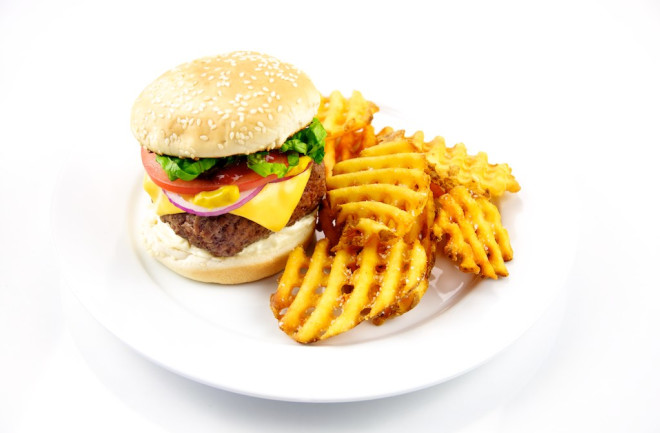 Now you can feel even more guilt about how that greasy cheeseburger might affect your future. A study by the National Institutes of Health suggests eating a high fat diet may also impact your child’s health.

Growing evidence links increased caloric and fat consumption to the rise in immune-mediated diseases, like arthritis, food allergies, and inflammatory bowel disease. These diseases result from abnormal swelling and inflammation that occur when the immune system produces exaggerated responses or reacts to false signals. Studies suggest the high fat consumption typical of western diets may be responsible for confusing our immune systems. For example, dietary fats promote inflammation and trigger immune responses specific to bacteria.

Because much of this evidence is based on short-term or population studies, for this study, Myles and collaborators explored the longer-term effects of increased parental fat consumption on their offspring’s immunity using mice^1. Specifically, scientists fed a high fat “western” diet to one group and a low fat control diet to the other. After giving birth, their pups were fed the control diet and exposed to a battery of tests examining their immune response. Compared to the control diet, the western diet had 10% more calories from fat, twice as many carbohydrates, and a higher ratio (as much as 15:1) of omega 6 to omega 3 fats.

While both omega fats are essential, healthy diets contain a close balance (2:1) of the animal-derived omega 6 fats relative to the fish- and vegetable-derived omega 3 fats. While the mice pups showed no differences in weight or blood sugar, the pups whose parents had western diets surprisingly showed significantly lower immune function: these pups were less resilient to bacterial related disease. They had higher mortality rates from internal infections and more severe skin infections. Furthermore, their skin cells displayed a lower level of bacterial defense proteins. Additionally, their colons and spleens did not work as effectively. The colons of these animals, which are critical sites for developing the immune system, showed exaggerated inflammation when exposed bacterial toxins. Both their colons and spleens showed lower levels of immune cells and proteins.

Interestingly, researchers suggest that the diet itself did not directly cause the compromised immunity of these mice. Instead, they conclude that the western diet negatively impacted their gut microbiome—the sum of all bacteria present in their gut. In follow-up experiments, pups fed the western diet showed normal immune function if their parents were fed the control diet. Furthermore, DNA characterization of mouse stool revealed that pups from parents on western diets had less diverse bacteria than control pups. Increased fat consumption may have changed available nutrients and limited the bacteria in the parents on western diets.

Because mothers shape their offspring’s microbiomes during the birthing and nursing process, pups of parents on the western diet received less diverse bacteria. Therefore in follow-up experiments, the western diet did not affect the immunity of the pups whose mothers ate control diets, because they already had received diverse microbiomes. Changes in the microbiome may impact the immunity of the pups because of the “hygiene hypothesis”; this essentially suggests we have become too clean. Because we are not exposed to enough bacteria and other immune system triggers growing up, our immune systems don’t develop as extensively as those exposed to a more diverse range of microorganisms. The ‘hygiene hypothesis’ has been fueled by research showing that children in homes with more bacteria have lower asthma and allergy rates. A similar scenario was recapitulated for the immune compromised pups in this study.

Final experiments with the mice showed that when the researchers raised pups from both parental groups in the western and control diet together, they both displayed similar bacterial diversity and immune function. By living with the pups with more diverse bacteria, the immune compromised pups exhibited increased diversity in their microbiome and negated the effects of their parents’ western diet. In other words, this result may suggest that even if you lived on a diet of greasy cheeseburgers, your kid’s may still have healthy immune systems if they are rolling around in the dirt with the kids whose parents stuck to their kale and whole grains!

While this study is promising for the hygiene hypothesis, more research is necessary to understand this effect in people. For example, these mice had simpler microbiomes and diets than the average human. It is unclear how this complexity may change the effect for people. Additionally, while this study only looked at fat consumption, other factors such as genetics can impact microbiome diversity and the respective impact on immunity. In any case, assuming this research translates, it suggests eating a lean turkey burger now, may help save your kids from arthritis, food allergies, or inflammatory bowel disease in the future.

Vince Reyes earned his Ph.D. in Environmental Engineering at UCLA. Vince loves to explore the deliciousness of all things edible. Read more by Vince Reyes