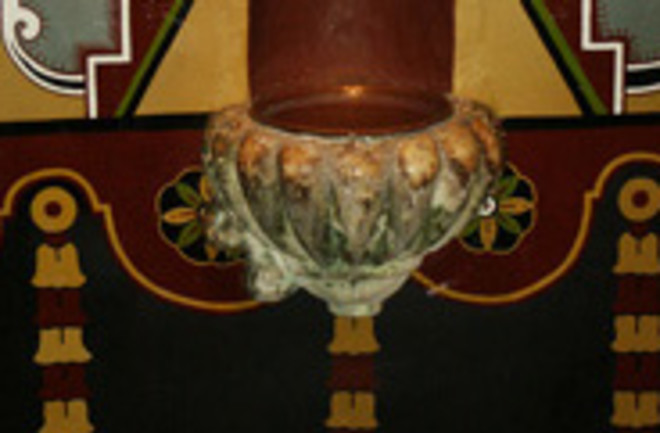 With a global pandemic afoot, the last thing many people want to do is put their hands in water that many other people have already touched, even if it happens to be holy water. But in Italy, where about 30 people have already died from swine flu, many Catholics will soon be able to get untainted holy water as part of church sacrament. Catholic churches around Italy are scrapping their traditional water fonts in favor of new automatic, motion-activated holy water dispensers invented by Luciano Marabese. BBC News reports:

The design of the dispenser is similar to a traditional water font, but with an infra-red light that reads the presence of a hand and squirts holy water onto the person's fingers.

Mr Marabese says he is receiving hundreds of emails from all over the world requesting information about the product.

"Some people had stopped dipping their hand into the holy water font as they were afraid of infections," he told Reuters.

"Some people even pretended to touch the water but they just touched the marble edge of the font."

Afghanistan isn't taking any chances with swine flu, either. In response to concerned zoo visitors, the predominantly Muslim country has been keeping its only pig under quarantine

. The pig should be glad: It's more likely it would catch "swine flu" from humans

80beats: Can Your Pet Catch & Spread Swine Flu? Yes, if Your Pet's a Ferret