Is That Your Bluetooth, or Are You Just Having a Heart Attack? 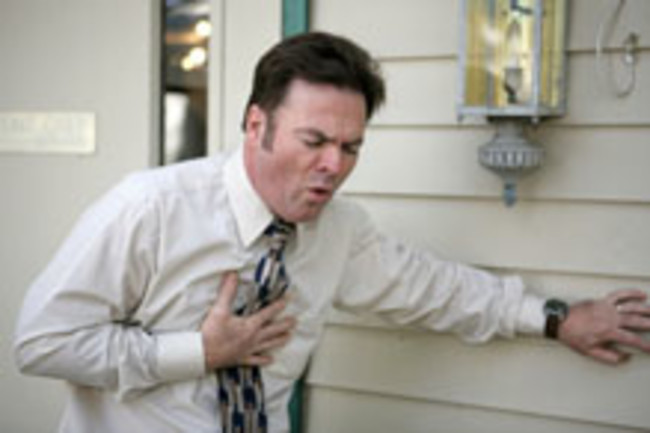 In the midst of controversy proclaiming WiFi as the harbinger of brain tumors, it's nice to hear that wireless might actually be doing us some good. The same technology that lets you jabber into your Bluetooth earpiece can also let your doctor know you're having a heart attack. Ofcom, the U.K.'s communications regulation giant, is predicting that doctors will be able to implant sensors with wireless capability inside patients that would monitor their vital signs, blood sugar levels, and other internal functioning. If the patient had a heart attack or diabetic collapse at any time, the "In-Body Network" (as opposed to an out-of-body network?) would send a message to a hospital. The chip could potentially even alert healthcare providers or family members if the patient failed to take his or her medications—a pill dispenser would send automatic reminders to the device, and if the patient didn't take the meds within an allotted time, the chip would beam a message to a doctor or caregiver. Bluetooth is already being used in the U.S. to perform functions like sending electrocardiograms (EKGs) from patients' homes directly to cardiologists. But while a wireless implant could potentially offer more flexibility (i.e., patients could be anywhere when an attack happens and the signal would still be sent), health experts are skeptical that people will actually agree to have the device implanted in their bodies, particularly given all the open questions about WiFi radiation. Not to mention the constant threat of hackers.