Is Thalidomide the Next Big Cancer Drug? 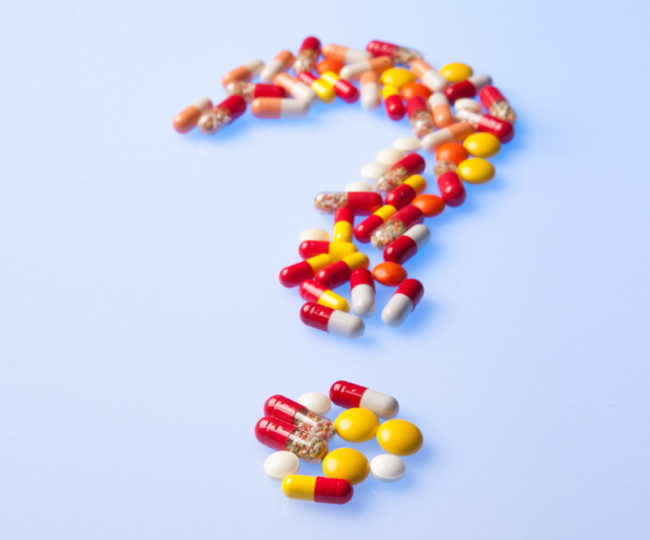 Innovative new drugs to treat cancer frequently make the headlines, either due to great success or controversy, as pharmaceutical companies get lambasted for selling the drugs at too high a price for state systems to afford. But alongside this high-budget pharmaceutical research is a different tactic being quietly waged in the background: investigating old, inexpensive drugs, originally designed for a variety of maladies, to see whether they might be able to treat cancer – essentially, repurposing old for new. Repurposing Drugs in Oncology (ReDO), the international organization aimed at promoting work in this area, defines repurposing as “the use of existing and well-characterized non-cancer drugs as new treatments for cancer.” ReDO believes that such drugs “may represent an untapped source of novel therapies.” Current candidates include diclofenac, an anti-inflammatory pain relief medication; clarithromycin, an antibiotic; and cimetidine, an antacid prescribed for stomach ulcers. Cancers are increasingly being treated on the basis of the mutations

that cause them, rather than where they are located. Seemingly distinct and unrelated cancers can arise due to the same genetic defect. Developing new drugs that target these mutations in a way that largely spares healthy cells is far from serendipitous and involves complex mathematical modelling and tens of thousands of laboratory hours to achieve even a prototype drug. All of this costs time and money. Some researchers are shunning this process and instead turning to well-established drugs to improve cancer treatment. And it is an approach that is paying dividends.

Infamous thalidomide, regrettably used to treat morning sickness in the late 1950s, was catastrophic for developing fetuses and responsible for the birth of thousands of disabled babies. But despite this dark past, the potentially beneficial properties of thalidomide are being re-explored and it is currently one of the most talked about drugs in cancer therapy. More than 700 thalidomide clinical trials are currently registered in almost every cancer type imaginable and it is currently approved to treat a blood cancer called myeloma. Although it isn’t fully understood how thalidomide works in cancer treatment, it is known to prevent the growth of new blood vessels, which can “starve” tumors and potentially cause them to shrink. There are other drugs which have similar properties, but many are expensive and come with a range of side effects. Thalidomide on the other hand is off-patent, cheap and relatively well evaluated. Aspirin, available commercially for more than a century, has also been investigated not only for its potential use in cancer treatment, but also in prevention. Jack Cuzick, director of the center for epidemiology at Queen Mary, University of London, led a research project

which earlier this year convincingly showed that daily aspirin reduces the risk of developing a variety of cancers and reduces the risk of dying from colon cancer by 40%. Cuzick practices what he preaches and has been taking aspirin daily for years, stating that doctors “absolutely should recommend daily aspirin to all those over 50.” These kinds of discoveries are not always made using educated guesses, and scientists often test thousands of drugs just to see if anything might work. Researchers at St Jude’s Children’s Hospital in the US recently tested

1,300 existing medicines on medulloblastoma cells (a type of childhood brain cancer) in the lab. Two drugs typically used to treat breast cancer – gemcitabine and pemetrexed – were found to effectively kill these cells. A clinical trial has now been set up and researchers hope to improve a dismal cure rate of 40% in children with hard-to-treat medulloblastoma.

Alan Worsely, head of science communication for Cancer Research UK, said: “The advantage of re-using an existing drug is that much of the early work to find the correct dose of a treatment and discover any potential side effects is already done, so researchers can get on with finding out whether it can help cancer patients.” Increasingly cheaper and quicker genetic testing methods mean that researchers are also now able to analyze the DNA of patients who respond atypically to normally successful treatments to figure out why. Childhood acute lymphoblastic leukemia is one of the success stories

of modern cancer treatment – 90% of children now survive for the long term. However, this still leaves 10% of patients who still die from the disease, mainly due to a relapse, which is very hard to treat. Julie Irving, a reader in experimental hematology at Newcastle University recently published research

showing that a drug called selumetinib, originally designed for tackling a faulty cell growth controlling pathway in lung and colon cancer, could be used to help children who relapse after treatment for acute lymphoblastic leukemia but who also have the same faulty pathway. The development of a new cancer therapy can cost upwards of $1.6 billion dollars

and take up to 15 years from initial development to reach patients. Mining the resource of thousands of “old” off-patent drugs is proving to be an important avenue in cancer treatment – and one which must be fully embraced by doctors and scientists.