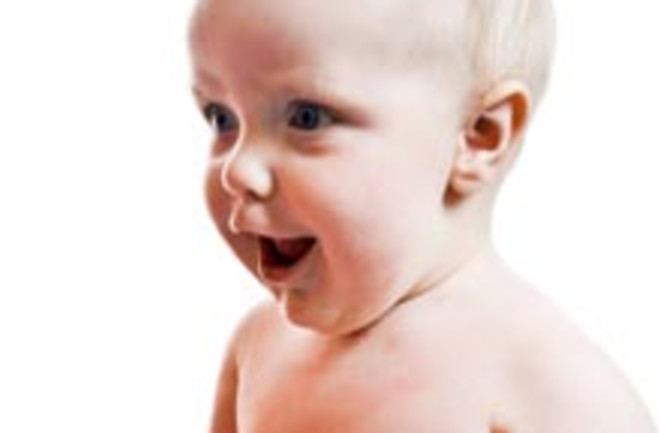 The rate at which infants gain weight in the first six months of their lives is linked to those babies' risk of becoming obese by age three, a new study has found. Researchers determined

that sudden weight gain in early infancy was more important than how much a baby weighed at birth, the weight of the infant's parents, or the number of pounds put on by the mother during pregnancy. "The perception has been that a chubby baby and a baby that grows fast early in life is healthier and all the baby fat will disappear," said the paper's lead author, Dr. Elsie Taveras.... "But [that] is not the case" [Chicago Tribune].

While the researchers note that early childhood obesity does not necessarily lead to obesity later in life, they say it does raise the risks.

Obesity rates among U.S. children have doubled in the last 20 years, and almost a third of American children are either overweight or obese. The epidemic of obesity is linked to a host of health problems such as higher risks for heart disease, diabetes and cancer [Reuters].

More than 550 children were followed for more than three years in the new study, published in the journal Pediatrics.

Researchers used measures of body weight and length together—referred to as weight-for-length—because the combination gave a better picture of a child's body fat composition than weight alone, like the body mass index for adults [Chicago Tribune].

at 6 months had a 40 percent risk of being obese at 3 years old compared to a 1 percent risk for children in the lowest quartile [Boston Globe blog].

Researchers say the factors causing early childhood obesity are still fairly obscure, and Tavernas doesn't recommend putting infants on diets; she says it's too soon to recommend interventions or treatments. Pediatrician Mary Hall agrees that more studies need to be done, but she suggest that parents can start healthy eating habits from the get-go.

Hall said she advises parents of pudgy babies to not respond to all of their baby's needs with food. "They may need to hold the baby, change the baby's diaper, or the baby may be tired," she said. "I tell them to make sure they're not responding to every cry with formula" [Chicago Tribune].