Scientists snap the clearest picture yet of the immune system in action. 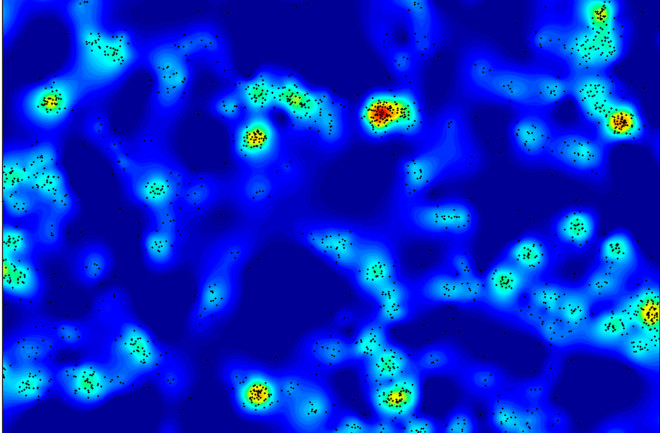 Activated natural killer cells fluoresce in this high-resolution image of the immune system. | The University of Manchester

A microscope powerful enough to capture a single molecule has taken the clearest picture yet of the immune system in action.

NK cells have receptors that are clustered together at their surface, and these receptors target proteins on another cell’s surface to tell whether the contacting cell is diseased or healthy. When the NK cell is activated, the receptor clusters change in size and density, which could help NK cells recognize and eliminate infected cells — but spare healthy ones — next time around.

[This article originally appeared in print as "Immune Attack Up Close."]

Menthol Cigarettes Are Getting Banned — Here's Why

More From Discover
Health
What Is Delta 8 THC? Here’s Everything You Need to Know
Health
Can You Overdose on Marijuana?
Health
Are Fake Meat Products Good for You?
Health
3 Steps To Get Tight & Toned For A Lasting Transformation
Health
Ibogaine: The Psychedelic Drug That Could Fight Addiction
Health
Hugging Is an Evolutionary Tool for Survival
Recommendations From Our Store
My Science ShopCosmos: Possible Worlds
My Science ShopStrange Science
My Science ShopEinstein's Universe
My Science ShopElements Flashcards
Shop Now
Stay Curious
Join
Our List