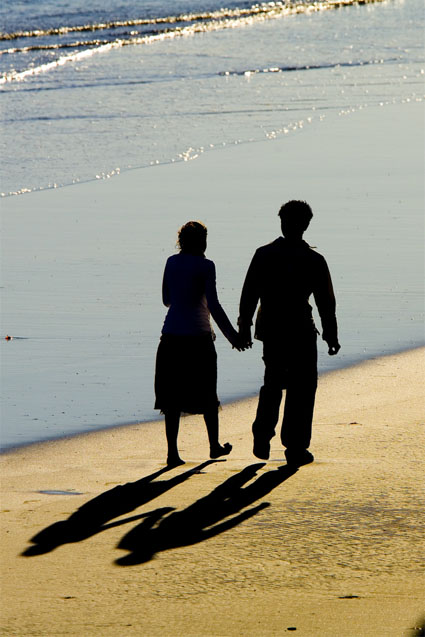 Whether we're making them or receiving them, first impressions can have big consequences. Our initial gut feelings transform strangers into potential friends, acquaintances into future partners. And according to some scientists, that initial whiff of personality is tied to genetics. Looking at data on friendships and genetics from both the National Longitudinal Study of Adolescent Health and the Framingham Heart Study, scientists noticed two trends: people with a genetic variant linked to alcoholism tended to flock together, while those with a genetic variant tied to metabolism and openness to new ideas tended to stay away from each other. TIME quotes lead researcher James Fowler of the University of California-San Diego:

“This might be the first step towards understanding the biology of 'chemistry,' the feeling you have of ... whether you like or dislike a person [almost immediately],” Fowler says, noting that this can affect both romantic connections and friendships. “We might choose friends not [only] because of social features we consciously notice but because of biological and even genetic features that we unconsciously notice.” In turn, the friends we have could then affect the potential partners we meet.

Although the researchers analyzed six genetic markers, only two of the genes had significant trends. They discovered that those bearing the alcoholism-linked variant of the gene DRD2 tended to be friends with each other. On the other hand, if you have the metabolism-linked CYP2A6 gene variant, you probably don't associate with your fellow CYP2A6's--at least, according to this study. The correlations are clear, but scientists still aren't sure about the evolutionary advantage underlying the gene-friendship link. Is it related to what previous researchers have found: that we couple with those whose genes are different from ours for the sake of genetic diversity? That may explain the CYP2A6 crowd, but not the DRD2's. Some suggest that those with the DRD2 gene stick together because, having the alcoholism gene, they probably met in a bar or pub--but this remains to be shown, and forgets the fact that many of the subjects in this study were adolescents. How many 14-year-olds do you usually see at the local pub? The study raises plenty of questions that call for more research. And as TIME reports, some researchers are skeptical of the findings, such as Misha Angrist of the Duke University Institute for Genome Sciences and Policy:

He believes that for social behavior, a person's actual behavior and personality will always be more important than genetics. He warns against seeing genes as puppet masters that can control behavior. “It's deterministic,” he says, “That says, 'I'm judging you by the content of your cells and not by the content of your character. I think human beings need to relate to each other as human beings not as repositories of genetic information.”

While it's tantalizing--and even a bit unnerving--to think that our friendships are based on the compatibility (or in some cases, the incompatibility) of our genes, don't go listing your genetic make-up on your Facebook page any time soon. Good old fashion personality is still the reigning determinant of our relationships--at least for now. Related Content: DISCOVER: Mom and Dad Are Fighting in Your Genes--and in Your Brain DISCOVER: A New Law Bans Genetic Discrimination DISCOVER: The Genome of Your Thanksgiving Supper 80beats: No Gattaca Here: Genetic Anti-Discrimination Law Goes Into Effect 80beats: Murderer With “Violent Genes” Gets Lighter Sentence in Italian Court