How to Build a Working Rat Lung in a Lab 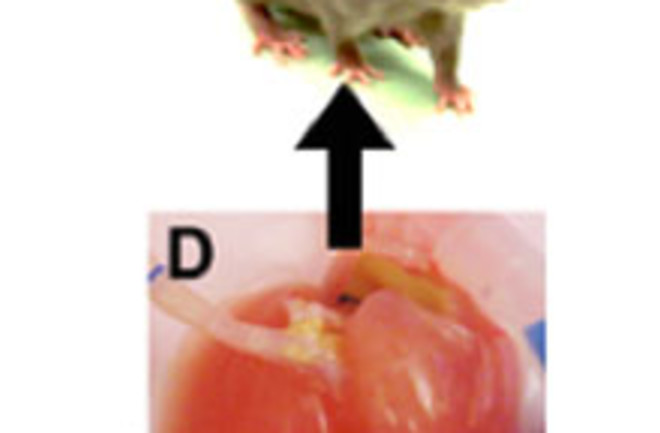 Step 1: Take a rat lung. Step 2: Strip away all of its living cells, leaving only a fibrous "scaffold" of connective tissue. Step 3: Bathe the scaffold in lung cells taken from newborn rats, and put the whole thing in a bioreactor to let the cells multiply and spread. Step 4: A few days later, when the reconstructed lung is again filled with blood vessels and alveoli, transplant the organ into a living rat. Step 5: Watch in awe as the lung begins to function. That's the short version of the experiment Yale University researchers just published in Science. The study was a result of a change in direction for lead researcher Laura Niklason:

Niklason spent several years trying to create a synthetic lung scaffold, but in the end concluded it was too difficult. "I decided I couldn't do it, and probably nobody else could either," she said. [National Geographic]

The proof-of-concept study showed that a lung reconstructed on a natural scaffold could serve its intended purpose in vivo at least temporarily, but the medical applications of this technology are far off. Theoretically, a fibrous collegen scaffold could be taken from a dead donor and put into a living patient without triggering an immune response, but living cells are another matter. To prevent the patient from rejecting the new lung, researchers will have to find a better source for the cells that would coat the scaffold. Scientists could perhaps take healthy cells from a patient's lungs, or they could take other cells from the patient and coax them back into a stem cell-like state, allowing them to grow into all the necessary forms of lung tissue.

"I clearly don't think we've solved the whole problem, but I sort of feel like we're laying train tracks into the mountains," Niklason said. "We haven't gotten to the other side of the mountain range yet, but when we do, I hope there's a big bus of stem cells waiting for us." [Los Angeles Times]

For a more thorough explanation of this work and its potential implications for human medicine, check out Ed Yong's post

80beats: Can Sight Be Restored With Stem Cells Grown on Contact Lenses?

80beats: Doctors Use a Patient’s Own Stem Cells to Build Her a New Windpipe