How Thousands of Volunteers Are Hunting a Treatment for Alzheimer’s

The Stall Catchers citizen science project finds power in the crowd to accelerate the search for a cure to Alzheimer’s. 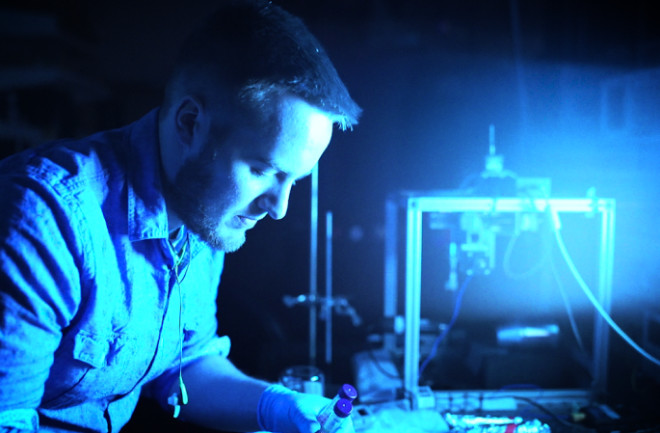 Researchers are recruiting citizen scientists to search brain scan images and help them hunt down and understand “stalls” — blockages in blood vessels — that many suspect may be linked to Alzheimer’s. (Credit: Stall Catchers)

An Alzheimer’s disease diagnosis can be a frightening, tragic event for patients and families. The disease usually strikes people over 60 and gradually steals memories and mental faculties. Despite decades of research, there’s still no cure.

Yet scientists are steadily moving closer to understanding what’s going on in the brains of Alzheimer’s patients. That work could one day lead to effective treatments for the more than 5 million Americans estimated to have the disease. And when that day comes, it may be thanks to a group of volunteers who have collectively spent millions of hours looking at images of mouse brains.

These volunteer citizen scientists are part of an online project called Stall Catchers. Together with researchers at Cornell University, they’re probing the neurological mechanisms behind Alzheimer’s to better understand how the disease begins and progresses.

Researchers and volunteers are looking for what’s known as “stalls” — blockages in blood vessels — in the brains of mice engineered to have Alzheimer’s. Years of studies have shown stalls are correlated with Alzheimer’s, though their role is still somewhat unclear. Stall Catchers aims to uncover the molecular mechanisms behind the stalls, and figure out exactly how they’re connected to disease. But to do that, they first need to find the stalls hiding inside the brains of their lab mice.

To date, the project has analyzed tens of thousands of images, accelerating the researchers’ work by years. Now in its fifth year, Stall Catchers has already contributed to a number of published research papers on the mechanisms behind Alzheimer’s. The ultimate goal is to find elements of the disease that could be targeted by new treatments, helping to end Alzheimer’s once and for all.

The Power of Citizen Science

Egle Ramanauskaite, Stall Catchers’ community and content manager, attributes much of the project’s success to its many dedicated volunteers. Around 30,000 people have already helped out, and she says there’s a core group of several dozen — Supercatchers — who have gone and above and beyond in their efforts.

Key to engaging and energizing those volunteers has been Stall Catchers’ yearly so-called “Catchathon” events. Inspired by hackathons in the world of computer programming, the event features teams from around the world facing off against one another in a friendly competition to see who can rack up the most stalls caught and images analyzed.

“That’s always a major boost because we can analyze a huge part of one dataset in just one event,” Ramanauskaite says.

The project got an even bigger boost during 2019’s extra-large Catchathon event during Citizen Science Day, which was co-organized by SciStarter and the Network of the National Library of Medicine in conjunction with the Stall Catchers team. Over the course of that event, called the Megathon, Ramanauskaite says almost 1,500 Catchers completed 77 percent of an entire dataset in just a single weekend. Their work amounted to more than 2,500 hours of research time. And with the momentum from the Megathon, Stall Catchers continued to reach new communities through libraries, including virtual programming with SciStarter and NNLM throughout 2020 and 2021 in public libraries.

The yearly events have turned out to be popular with their community of volunteers as well. Ramanauskaite attributes that success in part to the communal atmosphere and shared goals, as well as their volunteers’ inherent competitiveness. Teams at schools and libraries, in particular, seemed to enjoy attempting to outdo one another, she says.

Even last year, when the pandemic precluded people from gathering to participate in Stall Catchers, the organization was able to organize a smaller “Cabin Fever” event that saw participants joining virtually to analyze over 200,000 image sequences.

The Future of Catching Alzheimer’s Stalls

The volunteers are also helping to train the next generation of Catchers — computer algorithms. At the beginning of the project, the researchers didn’t have enough data to train artificial intelligence algorithms to find stalls in blood vessels. Now, with hundreds of thousands of images to draw from, they’re getting close to the point where a computer could begin helping out.

It would speed up the process, she says, but human volunteers needn’t worry about their jobs being taken away any time soon. Humans are still the only ones capable of tackling the more difficult-to-analyze images.

The success of Stall Catchers has also led the researchers to spin off multiple side projects, including ones focused on sickle cell disease and Sudden Infant Death Syndrome.

“We’re starting to realize that stalls and this work we’re doing could be involved in much more than Alzheimer’s Disease,” Ramanauskaite says.

In the meantime, Stall Catchers is looking forward to their upcoming Catchathon — timed to take place during Citizen Science Month. A mini Stall Catchers competition will happen during the New York Public Library’s “You Are A Scientist” event, taking place April 8 at 6 PM ET, which will also introduce participants to citizen science. And Stall Catchers' official yearly Catchathon kicks off on April 28. The 24-hour event will feature teams and individuals from all over the world competing to find the most stalls in a single day.